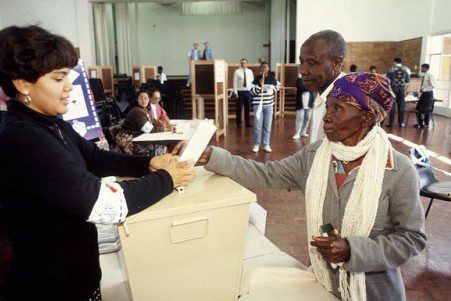 The African National Congress (ANC) is using racism as an election theme, and the latest call to lambaste another Democratic Alliance (DA) member gives credence to the party’s failing ability to retain originality. DA MP Anchen Dreyer attended an event on October 10, 2015, which commemorated Paul Kruger, president of the Transvaal during the 1800s. The local government elections are to be held this year, and the ANC is pulling every dirty trick out of the hat in an attempt to sabotage the inevitable success of the DA.

ANC Chief Whip Stone Sizani said that the action of Dreyer confirms the view that the DA is rooted in apartheid. The DA, on the other hand, claims that the ruling party is diverting attention away from their own failings. This is a cheap election ploy and one the ruling party will use to escape from the realistic problems facing South Africa today.

South Africa decided to preserve, recognize, and accept Kruger’s place in history. History cannot be changed, and the DA, in the name of reconciliation with the descendants of Kruger’s people, who are the compatriots of the new South Africa today, recognizes that. The ANC’s opportunistic about-face and attack on Dreyer for taking a picture with the paper image of Kruger is intended solely to garner black votes and not to fight racism.

The ruling party has no credible message for the voters and therefore, the best strategy for the ruling party is to portray the DA as a racist party. Sadly, this is going to be very effective with the ANC voter base, as no explanation will be required. Rebel tactics are all the ruling party has to offer the voters, as they have no answer for the past mistakes. Although most people are tired of hearing the racial slurs, nobody will say a word, and the ruling party will continue to brainwash the voters into thinking all sorts of untruths in an attempt to stay in power.

A white person attends a historic event to commemorate a hero of the white culture, Kruger, who was not the architect of apartheid, and the government goes into a spin. What would happen if black people attended an event to commemorate the Zulu King Shaka, who killed millions of blacks in the most atrocious manner? Would this be frowned upon? It is not a black or white issue; it is about respecting the culture of individuals. The government, however, desperate to stay in power, is wrong to criticize historical events. It is sheer opportunism and lack of self-restraint, and the shallow manner in which Kruger is dismissed is insulting. The message at the hands of uneducated and disaffected young men of the unqualified criticism of Dreyer is potentially dangerous.

The DA has created a political party for all the people of South Africa who are tired of the crime, corruption, poor leadership and unemployment. Historically, the DA had reports of good governance and was proven to be a non-racial party. The DA is a party under which all people can stand together for a better country and for the children, irrespective of color. It is the good governance of the DA that is a huge worry for the ANC, as the past failings of the ruling party are being opened for the blind to see.

How does a political party win elections? They tell people what is wrong in the world and then tell the people that there is someone to blame for the current plight. Lying to the people by making promises that will not materialize is a dangerous situation.

One Response to "ANC Uses Racism as Election Theme"