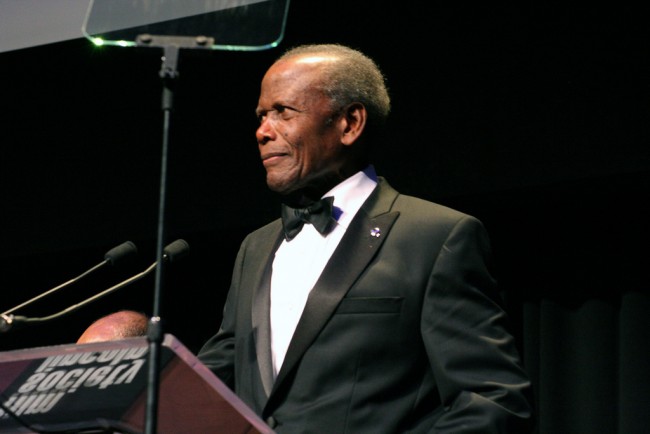 The British Film and Television Arts (BAFTA) announced on Jan. 12, 2016, that Sir Sidney Poitier will receive the honor of a Fellowship during the EE British Academy Film Awards, which take place on Feb. 14, 2016. He was knighted by Queen Elizabeth II in 1974.

The Fellowship is awarded yearly and is the highest distinction given by BAFTA to a performer. The award recognizes “outstanding and exceptional contribution to film, television, or games.”

BAFTA Chief Executive, Amanda Berry OBE, expressed her pleasure with honoring Poitier. She described him as an outstanding talent on camera and in other industry fields, which makes him “one of the most important figures of his generation.”

The actor began his career in the 1940s performing on Broadway before moving to film in 1950. Poitier has won numerous awards, including a previous BAFTA, a British Academy Britannia Award for Lifetime Contribution to International Film, an Oscar for Best Actor, a Golden Globe, and the Cecil B. DeMille Award.

His career has included roles as diverse as drama and comedy. The performer has over 50 acting credits to his name, he is a respected African-American film and television performer and played an active role in U.S. Civil Rights Movement. Additionally, between 1997-2007 he was the Bahamas Ambassador to Japan. Furthermore, President Obama awarded Poitier the Presidential Metal of Freedom in 2009.

The EE British Film Awards will be broadcast on BBC One in the UK from the Royal Opera House in Covent Garden, London on Sunday, Feb. 14, 2016.