By Tyler Cole on January 27, 2016Comments Off on Blac Chyna and Rob Kardashian: Real Love or Real Petty?

Well, love is definitely in the air for Blac Chyna, and right in time for Valentine’s Day too. It seems that even the most unsuspecting match-ups can take place at any time. From rapper to boxer to producer, Chyna has found a new flame in Rob Kardashian. The two pretty much shocked the world and left many puzzled when Tyga’s baby mother made it public via her Instagram page. Seen wrapped around and snuggled up with the recluse Kardashian brother, the caption for the image was only “The Beginning.” Although the picture and caption are a cute sentiment to their union, the history between the Robert’s siblings and Chyna have led many to question whether this nuptial is a match made in heaven or just a petty scheme of revenge against the Kardashian clan.

To further understand the skepticism behind the match-up, the past has to be brought into the picture; starting with Blac Chyna’s long and highly public feud with Rob’s younger sister, Kylie Jenner. The former stripper/entrepreneur/model was less than thrilled to find out that her 26-year-old fiance Tyga was, allegedly, leaving her for the then 17-year-old Kylie Jenner. Taking to Twitter and Instagram, Chyna wasted no time in letting the world know how she felt. 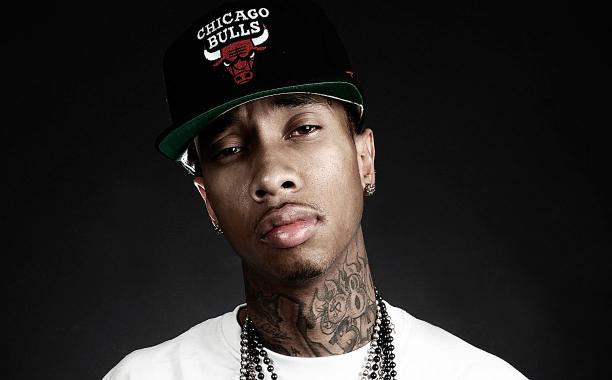 Rumors of Tyga’s and Kylie’s relationship began to flourish all over the blogs and tabloids as the two were photographed together on numerous occasions. Considering that Kylie was still underage at the time, both parties continued to deny their involvement with each other and claimed to just be friends. Unfortunately, the sub-par jig was basically up when other parties had a few chose words about the pairing. Black Chyna’s close friend Amber Rose put the couple on blast when she sat down with Power 105.1 The Breakfast Club and claimed that Tyga should be ashamed of himself for entertaining the relationship.

Well, big sister, Khloe Kardashian did not like what Rose had to say during her interview and took to Twitter to publicly voice her unneeded opinion on the subject. Khloe’s choice words of mentioning Rose’s past as a stripper and discrediting her words during the interview without having the facts later sparked a Twitter beef that was probably one of the most entertaining to watch in early 2105. Rose would later apologize for her comments, but the gossip was already out there.

Tyga eventually gave his rebuttal to Rose’s claims by going on the same radio show and denying all the speculations that he and Kylie were together. Sadly, the lie was later exposed a few days later when Kanye West took the same station and commended Tyga for dating Kylie before she became a big star. Oops. 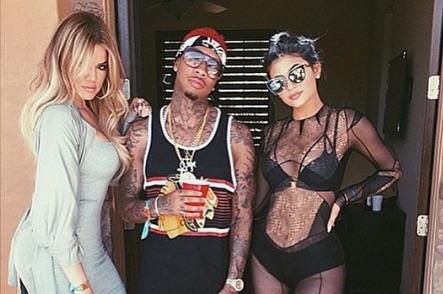 Months later, especially after Kylie turned 18, Tyga finally took to his social media to confirm the obvious truth. Like telling the world the sky was blue, Tyga alluded that Kylie had stolen his heart. With a few cryptic posts, Snapchats of the two making out, and multiple cameos of Kylie in his videos, the rapper made it official to the public that the two were together.

Unfortunately, the praise for this matching came in small volumes, especially from Tyga’s baby mother Blac Chyna. In a bizarre and beyond petty situation, Blac Chyna made sure that she let Kylie know just how she felt about her by throwing multiple jabs via social media. Mocking the young Jenner’s photos, poses, and posts, it was clear that Chyna was not Jenner’s biggest fan. Tyga also fueled the scorned wrath by taking multiple shots at his baby’s mother via Instagram posts. The beef between Chyna and the Kardashian clan and Tyga continued throughout the past year to early 2016.

Though it seemed like Blac Chyna may have given up the petty feud for the new year, a new image popped up of her and Rob Kardashian together. Coincidentally, the matching seems a little convenient given Rob’s estrangement from the family and Keeping Up With the Kardashian show during his time of getting healthier.

The matching also comes as a surprise because Blac Chyna has already been linked to multiple relationships over the past year. Chyna was dating boxer Johnny Winn and basketball player P.J. Tucker in 2015. She was also linked to producer/rapper Future and even had his name tatted on her hand. Sadly, Future never confirmed that the two were together. It was not until this latest post on social media that revealed Rob Kardashian and Blac Chyna had gotten close over the year. 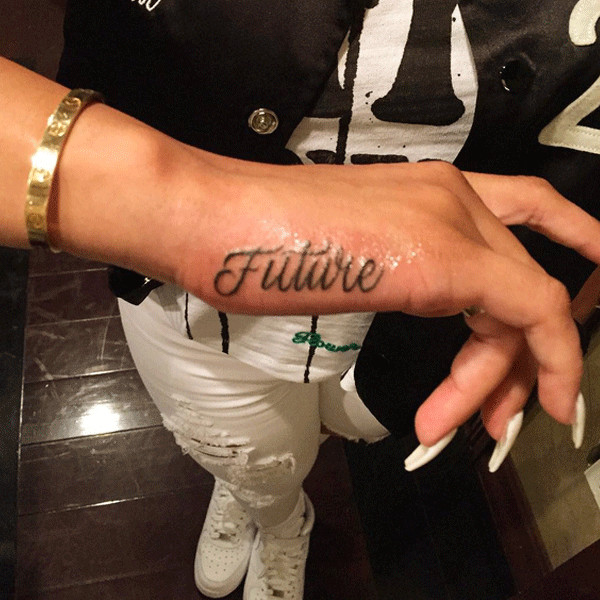 Both Rob and Blac Chyna have not been seen together before the Instagram post, the matching seems very random for both the family and the general public. So, it just leaves many parties to wonder if this relationship is something developed out of love or another petty move to get back at Kylie and the Kardashians for allegedly breaking up Blac Chyna and Tyga’s relationship.

Although it is only speculation that this new-found love may just be a petty set-up, the pairing is definitely something that is causing enough drama between Rob and his siblings. The relationship would also serve as a popcorn worthy viewing on reality television during their family gatherings. Who knows, this could all be an intricate plot spun by Kris Jenner to boost ratings for the upcoming season of Keeping Up With The Kardashians.

People: Behind the Bad Blood: How Blac Chyna Went from Kardashian Insider – to Enemy
EOnline: Rob Kardashian and Blac Chyna Are Dating, but There’s Drama