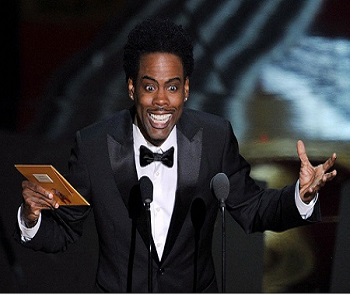 Many within the community known as “Black Hollywood” are waiting to see if Chris Rock will join the number of African-American actors who have chosen to skip the Oscar Awards ceremony this year. Jada Pinkett-Smith recently challenged other black actors to boycott the ceremony because of the lack of diversity. This viral tantrum caught the attention of Janet Hubert, better known as Aunt Viv from The Fresh Prince of Bel-Air, who took the opportunity to slam Jada and her husband Will Smith for starting such a riot. In light of the recent Aunt Viv and Jada feud, actors who agree with Jada are asking Chris to opt out as host for the celebrity event.

On January 14, Oscar 2016 nominations were revealed to the disappointment of several artists of color. Upon learning that no black films were listed among the nominations, people took to social media to voice their disapproval. Leading the pack which reacted negatively to the results was Jada who garnered the support of others such as Spike Lee, Lupita Nyong’o, and Tyrese Gibson. The attention has now been shifted to the comedian in hopes that he will follow suit and step down as host for the 88th Grammy Awards event.

In a video recording, Jada announced her decision to boycott the 2016 Academy Awards. She explained that this is the second year in a row that Black Hollywood has been shut out of the nominations in the four major categories. Spike Lee joined the rant by stating that he and his wife would also not be in attendance. The hashtag #OscarsSoWhite began trending with many fans of the entertainment industry sounding off.  One person said:

You are kidding, right? Jada needs to look into a mirror. She throws a viral tantrum, stirs up a bunch of ‘woe is me African-Americans,’ teams up with that has been, troublemaker Spike Lee, embarrasses herself, her husband and the Academy just because Will Smith didn’t get nominated. How childish. So Will Smith didn’t get nominated this year, big deal, so didn’t a lot of other people. Asians? Latinos? Native Americans? Get over it Jada. Then she has the nerve to encourage other African-Americans to boycott the ceremony as well? How selfish.

The same day that Jada’s video went viral, Aunt Viv decided to record a response which also gained support. In between the bitter overflow from decades of venom towards actor Will Smith, Janet shared several thought-provoking points 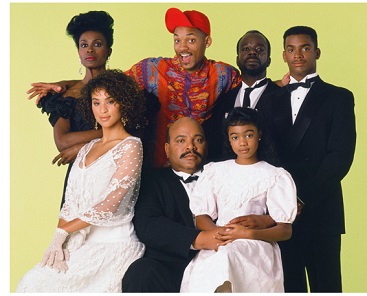 against Jada’s plea. Ultimately the former sitcom actress declared that the Smiths’ concern about the Oscars is frivolous in lieu of so many other, more important, injustices against African-Americans. She also said the Smiths have acted in the same manner with their business and, as a result, are also “part of the system that is unfair to other actors.”

The feud between Jada and Aunt Viv has sparked a racial war on social media. Now, the question many are asking is, “Will Chris join the battle and boycott the Oscars?” It seems as if more people agree with Jada’s point of view and feel that far too often Black Hollywood is viewed as second class even when the box office suggests differently. One person stated:

It is a shame that blacks tend to be nominated if they are portrayed as slaves, drug dealers, ghetto/ratchet, and other negative stereotypes that are held against blacks. It’s ridiculous. Straight Outta Compton’s actors and Michael B. Jordan for his movie Creed should have been nominated. Blacks need to start supporting our own as well and start our own awards.

Unlike the actors who have threatened to skip the awards ceremony, Chris Rock is under contract to host the Oscars. He would lose more than any of the others should he decide to boycott. Additionally, he is an amazing comedian with a crisp cadence who loves to host the show. Other actors such as Whoopi Goldberg, agrees that change needs to take place, but also made it clear that she will be in attendance.

Fans will have to wait and see whether the boycott will be effective. In 1989, a similar boycott was initiated by Will and DJ Jazzy Jeff when they won a Grammy, but the presentation was not televised for the hip-hop recipients. The following year, after the boycott, the hip-hop portion was televised and the previous rap duo winners performed on the show. Although this proves that a boycott has the power to institute change, it does not mean it is the wisest decision for the contracted host. The question remains, “Will Chris Rock boycott the Oscars based on the Aunt Viv and Jada Feud?”