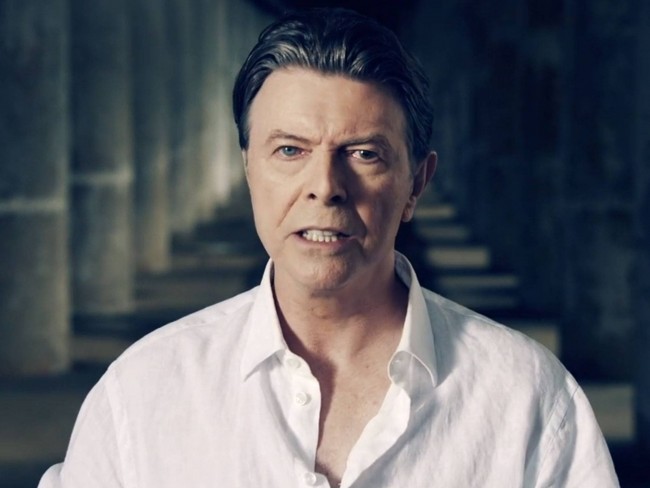 He said, “We could be heroes forever and ever,” but for many, he was the greatest to have ever lived. Once a very strange, enchanted boy from Brixton, England, David Robert Jones took the music industry to galactic heights. For someone who never did good things, bad things, or anything out of the blue, he certainly broke the mold.

At the release of his 28th and final album, Black Star, David Bowie closed the curtains on a legendary career and enchanted life comparable to none. Although speculated on by various opinions, the dark and eerie tone of his last music video would serve as proof of a very conscious and intentional goodbye from “Ziggy Stardust” himself.

The world bore witness to the unique evolution of David Robert Jones into the internationally celebrated David Bowie. Few celebrities have had as much impact on the fashion, film, and music industries as he has with such bizarre, glamorous, and extraordinary talent. If music makes sex symbols of rockers and fashion makes legends of style, David put the “Bowie” in both of them. By breaking all the boundaries, he turned a career into a lifetime of achievements that would make Major Tom turn in his grave. From goblin king to alien and everywhere in between, Bowie was the man who sold the world.

“When I go out onto a stage, I try to make the performance as good and as interesting as possible, and I don’t just mean singing my songs and moving off. I think if you’re really going to entertain an audience then you have to look the part, too.”
–David Bowie

In the world of fashion, the papers often wanted to know whose shirt he was wearing. In many cases, it was that of fashion houses Jean-Paul Gaultier, Dries Van Noten, Gucci, and Haider Ackermann, whom design collections from the pop legend’s inspiration to this day. “Bowie-isms” are still visible on runways as he continues to influence generations–old and new alike.

As David Bowie passed, people were not exactly dancing in the streets. Fans came out of the woodwork to put on their red shoes and dance the blues away, with an overwhelming as well as heartbroken response. Outside of his residence, studios, and various places where he spent time, fans have bombarded them with piles of cards, flowers, and gifts, as well as other paraphernalia, written memories, and musings from those who loved him. It seems that everyone has a testimony of how he touched his or her life, whether it is from his work or a direct encounter with the icon himself.

Jolted by this sudden loss, many people have been left with a “what now?” sort of haze. However, he left music fans with all the life instruction they will need via his lyrics. It is time to “turn and face the strange changes.” As a memorial to the music legend, David Bowie Day was declared on January 20 in New York City (NYC).

A goodbye like this is only forever, which is not very long at all. As the world falls down, his memory and work live on, especially in the streets of New York and under the serious moonlight. In death, as in life, David Bowie took a bow.