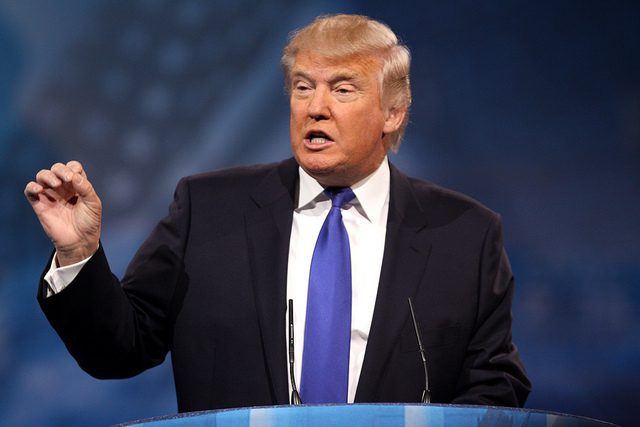 In one week, Donald Trump managed to take punches from President Barack Obama and South Carolina Republican Governor Nikki Haley. In the sixth GOP debate, though, Ted Cruz took a swing at Trump when Cruz mentioned New York and its values as a whole. The debate itself consisted of Trump reflecting on the various hits and opinions recently targeted towards him by significant figures from both political parties. Trump showed plenty of emotion during the GOP debate and how he responded to the negativity has affected the polls overall.

Cruz had mentioned that the rest of the country is aware of the values that New Yorkers have, yet those who are from New York may not be aware of what values they have all been characterized to have. He had mentioned that “Everyone understands that the values in New York City that are socially liberal, pro-abortion, pro-gay marriage, focus on money, and the media.” While Cruz may have pictured this attack different in his head and had motives to attack Trump versus the whole city of New York, he answered to the criticism on behalf of the city. He stated that Cruz made an insulting comment on New York City and its “wonderful people” based off of the fact that the city had to rebuild itself from the bottom up when the World Trade Center came down on 9/11.

Trump did not have any hesitations when it came down to questioning Cruz’s eligibility for the presidential race. He has actually been the only candidate to question whether Cruz was eligible due to the fact that he was born in Canada and has had a double passport. Cruz’s father was a U.S. green card holder and a Canadian citizen though his mother was born in the United States. This still makes him eligible based off of the Parliament’s natural-born requirements, and the fact that his mother was a natural-born U.S. citizen on American soil. Knowing this, Cruz mentioned that he was “not going to mention” where Trump’s mother was born, which is Scotland, and how this could actually make him ineligible for the presidential race. He responded with, “Because it would not work.” In this same debate, though, he admitted to only bringing up his eligibility due to the fact that Cruz has recently been doing better in the polls.

Trump also had the opportunity to respond to the comments that were made by Governor Haley. It was reported that Haley encouraged members of her own party to avoid any temptations they may feel about following the “siren call of the angriest voices.” She referred this one to Trump. During this debate, he mentioned that he felt offended by Haley’s statement and was angry. Yet, he diverted by mentioning the anger he felt due to “the military being a disaster, health care that is provided in this country is a horror show, and there are no borders.” While this may have been a swipe at President Obama, Trump was also scolded by Obama earlier this week during Tuesday’s State of the Union address.

Throughout the whole GOP debate, Donald Trump’s response to the negativity was not an issue for him. In the same debate that Haley shared her negative opinions about her fellow Republican, even President Obama shared some opinions as well. The President referred to his proposal to ban Muslims from the U.S. He was questioned whether or not he was rethinking this proposal. With no hesitation, he answered, “No, we have to stop with political correctness.” Though this proposal has been one of the top issues that has affected the fluctuation of his polls, it has also been one of the top priorities in his presidential campaign.