Albert Schweitzer: Physician, Philosopher, and Philanthropist for the Ages 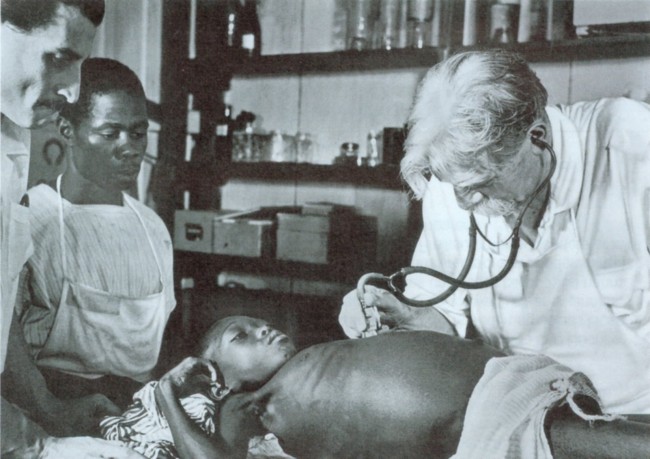 Albert Schweitzer, who lived from Jan. 14, 1875 – Sept. 4, 1965, was a German-French musician, theologian, philosopher, physician, and philanthropist for the ages. He was born in the province of Kaysersberg, Alsace-Lorraine, Germany, which is now Haut-Rhin, France, at the time of the German Empire. However, Schweitzer considered himself French and wrote most of his work in French. His family roots were deeply ensconced in religion, music, and other scholarly endeavors. He is most well-known and recognized for his achievements in the fields of Music, Theology, Philosophy, and Medicine, as well as his philanthropic pursues. Furthermore, Schweitzer was also a Nobel Peace Prize winner for his philosophy of Reverence for Life in 1952.

Schweitzer embarked on a distinguished career as a musician and organist from an early age. He was regarded as an internationally known concert pianist throughout his life and continued to play engagements into his mid-80s. As a musicologist, the noted author wrote a biography of Bach in 1905 in French, published a book on organ building and playing in 1906, and rewrote the Bach book in German in 1908. He used the money garnered via his musical performances to fund his education, including medical school, and his philanthropic activities. This included the construction of his hospital at Lambaréné in French Equatorial Africa in 1913. This region is now Gabon, which is officially known as the Gabonese Republic.

Success is not the key to happiness.
Happiness is the key to success.
If you love what you are doing, you will be successful.
–Albert Schweitzer

In addition to music and medicine, Schweitzer’s early years were also occupied by intensive theological studies in 1893 at the University of Strasbourg where he obtained a doctorate in philosophy in 1899. The following year, he received his licentiate in theology in 1900. In 1906, he published The Quest of the Historical Jesus, a book which established him as a prominent figure in theological studies. The respected scholar kept busy throughout his life immersed in multiple evocations. These varied interests helped to make Albert Schweitzer a physician, philosopher, and philanthropist for the ages. 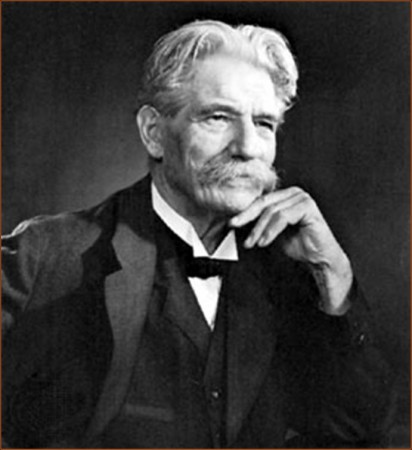 As part of his ongoing desire to help others, Schweitzer became a medical missionary and traveled to Africa. This experience prompted him to pursue medicine at the University of Strasbourg in 1905. He subsequently obtained his medical degree with a specialization in tropical medicine and surgery in 1913 at age 38, the same year he founded his hospital in Lambaréné. He died at the same facility from natural causes in 1965 at age 90.

Following several months in captivity (1917-18) in a French internment camp as a prisoner of war, along with his wife, Helene, the lifelong humanitarian was inspired to turn his focus towards world issues and envisioned the goal of the Brotherhood of Nations. The mission of the Brotherhood of Nations revolved around finding solutions to the global problems affecting humanity via the thoughts and work of many individuals, organizations, and nations collaborating together as a global community. It was the precursor to the United Nations.

Albert Schweitzer was a physician, philosopher, and philanthropist for the ages. The noted scholar and prolific author’s contributions to society were vast and varied throughout his long life. His multifaceted interests produced a unique and enduring legacy. While his work evoked controversy and criticism, as well as praise, there is no denying that this extraordinary historic figure was a mensch. He was a man of great depth, devotion, and dedication to not only various academic callings but to mankind as a whole.

One Response to "Albert Schweitzer: Physician, Philosopher, and Philanthropist for the Ages"