Earthquake Shakes From Japan to Russia 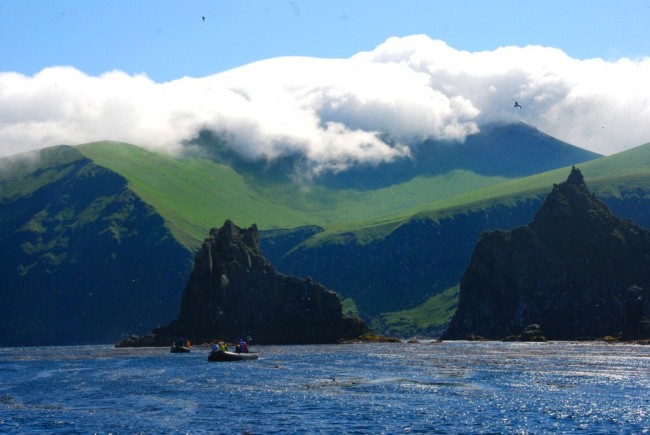 On Jan. 6, 2016, at 20:23 UTC, a magnitude 5.2 earthquake shook the waters near Severo-Kuril’sk, Russia. The Russian cities closest to the epicenter, which was 74 km deep, were Vilyuchinsk, Petropavlovsk-Kamchatskiy, Yelizovo, and Tokyo, Japan.

Starting in Japan, there is a region that stretches all the way to Russia, along the Pacific Ocean, it is called the Kuril-Kamchatka Arc. It is named after the Kuril Islands and the Kamchatka Peninsula. It ends in Russia, at the Aleutian Arc and south of the Commander Islands. The Arc is beneath the Okhotsk Plate, however, some think is below the larger North American Plate. These plates are the reason for the volcanic region of the Kuril Islands, as well as the Kuril-Kamchatka Arc Trench. These plates are adjacent to Hokkaido, Japan. This set-up could cause earthquakes all across Hokkaido.

However, scientists have reason to believe that the Pacific Plate is rather old. The plate takes a west angle once it approaches the Kamchatka Peninsula to the north. This causes the North-Western destruction of the volcanic front.

The aftershock, from the colliding of the Pacific and North American Plates, makes the Kuril-Kamchatka Arc one of the most volcanic regions in the world. United States Geological Society – Science for a Changing World says, “Deformation of the overriding North America plate and associated microplates generates shallow crustal earthquakes,” which are apocalyptic.

The region has a history of devastating earthquakes. Dating back to 1780, and most recently in 2006.