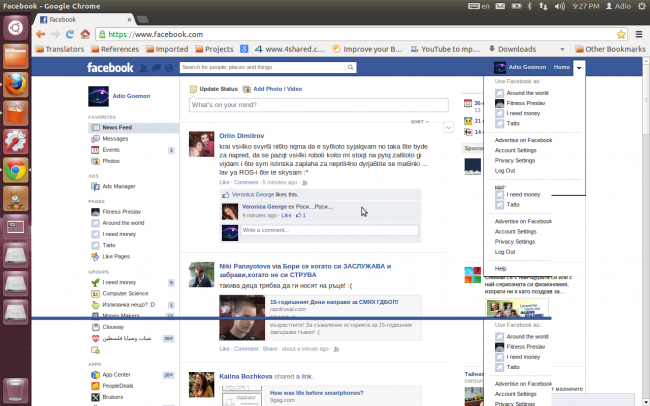 There are more than one billion people using Facebook every day, but after the recent attacks on Paris, Facebook has offered the option to add a French flag filter onto your profile picture. As supportive as this seems, there still seems to be a lot of controversy over the decorative filter. As a Facebook user myself, I have noticed a lot of commotion about the filter as I browse my Timeline.

When news of the attacks were announced, Mark Zuckerberg, the creator of Facebook, created a filter for Facebook users’ profile picture. Users were posting memes and pictures depicting that Facebook was turning a blind eye to the other tragedies that occurred on that same day, Friday, November 13. On this day, Paris was attacked by terrorists, which led to the death of 129 people. The world was devastated when the news went global, but other tragedies have also happened within a 24-hour time span of the Paris attacks. The other catastrophes that happened include a 7.0 magnitude earthquake in Japan, a suicide bomber bombed a funeral in Baghdad, which led to 21 more funerals, an ISIS bomber in Beirut killed 43 victims, another suicide bombing in Lebanon, which led to the death of 43 or more people, and a staggering 7-day earthquake marathon in Mexico. The stirring arguments on Facebook were along the lines of neglect. People were outraged that Facebook only provided a French Flag filter and believed that the rest of the world was ignored. Are these people being irrational? Are they being insensitive?

This was the largest terrorist attack on France since World War II, so why should not we have the filter? Some people believe that Facebook has a lack of concern regarding Middle Eastern countries. It is arguable that more filters should be provided, but regardless, a tragedy is a tragedy. It is devastating to see so many tribulations occur on one day, a day that will never be forgotten across the globe.

Even on Twitter, they are using the hashtag #prayforparis, which is also causing disputes between users who are using the hashtag #prayfortheworld, seeing as the whole world was shaken up by this day. Everyone is impacted by these disasters, whether it was natural or man-made, everyone is affected. Facebook has previously had filters for world events, such as the rainbow filter for the legalization of gay marriage in America and a confederate flag for the controversy of the banning of the flag.

The real question that is raised is whether this is an issue of inhumanity? Facebook is a tool used across the world and it is providing unique ways to show support. Despite the upheaval that is social media, people are attacking each other via the Internet about the issue. This is Mark Zuckerberg’s response to all of the complaints, “We just changed this and now plan to activate Safety Check for more human disasters going forward as well.” In the meantime, as humans, a filter is a filter and a hashtag is a hashtag. These countries need to be supported and all the other countries need to be aware. It is up to us as human beings to make it possible, whether it is a simple filter change or pound sign.

Opinion and Blog by Ambrose Liebeskind
Edited by Leigh Haugh