Back to the Future With a New DeLorean 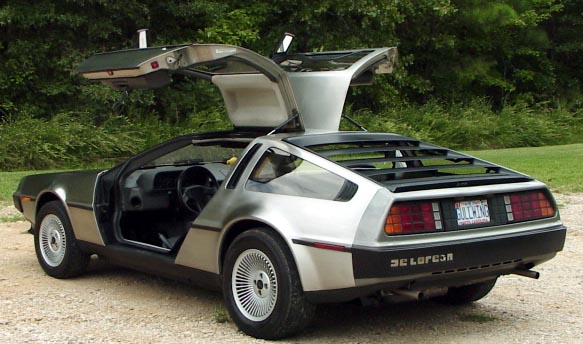 Few cars are as legendary, loved and at times laughed at as the DeLorean and its iconic (and only) DMC-12 model. The vehicle is famous for its distinctive stainless steel exterior and gull-wing doors, being underpowered and cost-prohibitive, its namesake’s hubris, and being portrayed as a time machine in a movie trilogy. Now, DMC Texas, the company that owns the rights to the DeLorean Motor Company’s name, parts inventory and other assets, is taking the car “back to the future” with the announcement that they will be building new DMC-12 vehicles for sale starting next year.

The company is taking advantage of a new law allowing for limited production replicas of historical cars to reintroduce the DeLorean DMC-12 after a 34-year production gap. They plan to make approximately 325 1982 replicas that will cost $100,000 on up, depending on the engine.

The “Low Volume Motor Vehicle Manufacturers Act” (H.R. 2675) created a regulatory structure that allows small companies to produce limited numbers of replica motor vehicles that look like cars produced at least 25 years ago. Until then, the National Highway Traffic Safety Administration (NHTSA) did not differentiate between requirements for a company making millions of autos and one producing just a few custom vehicles. However, the replica cars are subject to current Clean Air Act standards, which means the original engine used in DeLoreans – the Peugeot-Renault-Volvo 2.85-liter V-6 – needs to be replaced by something more environmentally friendly.

The new law allows manufacturers of low-volume vehicles to meet newer fuel and pollution standards by using an engine and emissions equipment made by another auto manufacturing company that is Environment Protection Agency (EPA)-certified for meeting today’s requirements. DMC has not decided on the substitute motor yet. But, they expect to use a V6 engine capable of producing about 350 to 370 horsepower, which will make the replica DeLoreans significantly more peppy than the original ones, which had about 130 horsepower.

DMC has assured fans of the classic gull-winged silver car that they do not intend to change the appearance. The company has indicated that it has adequate 1982 parts in stock to build the new cars. The new version will probably feature bigger wheels, a better braking system and shocks other design elements. Additionally, there will be some areas that are freshened up for current car owner expectations, however, such as a navigation system, Bluetooth connectivity, more contemporary lights, heated seats and the like.

Unlike other cars made in the early 1980s, the DeLorean has retained its following, even through it was not a huge success then. Approximately 9,000 of them were built in 1981 and 1982. The first ones offer the assembly line had waiting lists of celebrities and other consumers, even though the MSRP sticker price was $25,000 (about $63,000 in current dollars). Then, the cost-prohibitive price and underwhelming power slowed the market. However, the vehicles have survived and there are an estimated 6,500 currently on the roads. Those DMC-12s refurbished cost about $45,000 to $55,000 today.

In the Back to the Future movies, the DMC-12time machine takes the characters from the 1980s to present day. There is an irony that real life is emulating reel life with a new DeLorean around the time Marty McFly and Company visited in Back to the Future.

One Response to "Back to the Future With a New DeLorean"