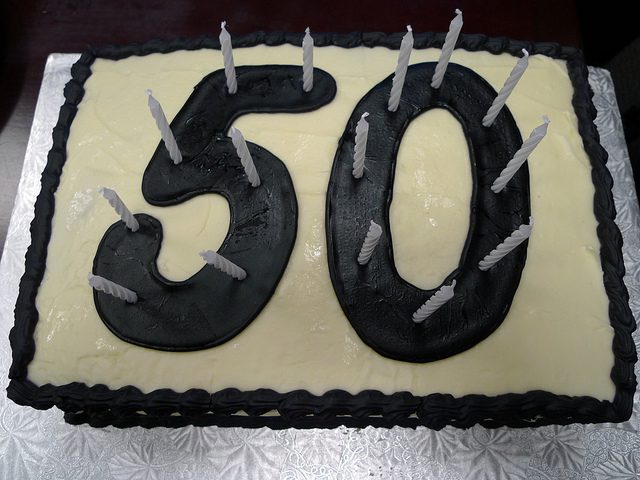 One of the least liked things about turning 50 for most people is not being eligible for AARP, it is getting a first colorectal cancer exam. But, with 15 percent of those diagnosed with the cancer at a younger age, there is a strong argument for starting screenings, usually via a colonoscopy, before age 50.

While routine screenings do not usually start until people are in their 50s, the fact is that one in seven people diagnosed with rectal or colon cancers are younger, according to a study published in the journal Cancer. Given trends, the research team from University of Michigan in Ann Arbor believe that nearly 25 percent of rectal tumors and more than 10 percent of colon cancers will be diagnosed in individuals below the age of 50 by 2030.

Colorectal cancer is largely thought of as a disease that affects the elderly, according to the study’s senior author Dr. Samantha Hendren. “This study is really a wake-up call to the medical community that a relatively large number of colorectal cancers are occurring in young people,” she added.

The research team reviewed cancer registry data from 1998 to 2011 that included information on over 258,000 patients with colorectal tumors. They found that seniors are more prone to them (23 percent of the colorectal cancer patients were over age 80). However, 15 percent were younger than 50.

Furthermore, patients with colorectal cancer who are below age 50 often are diagnosed late in the game because doctors are not likely to order a colonoscopy to test them for cancer, given their age, until other possibilities are ruled out. The data reviewed showed that younger colorectal cancer patients require more aggressive treatments and, if found later, a lower survival rate. That is because they are 30 percent more likely to have tumors that metastasized to their lymph nodes and 50 percent more likely to have cancer that spread to other organs. In fact, 65 percent of younger patients are diagnosed once the colorectal cancer has spread elsewhere, versus 58 percent of the time in older patients.

“I have had patients under 50 coming to me, saying, ‘I’ve had symptoms for a year,’ and their doctors told them it was nothing to worry about,” Dr. Hendren acknowledged. “My hope is that this paper will spur epidemiological research on the cost versus the benefit of testing sooner.”

The researchers are recommending that the standard age to begin colonoscopy screening be lowered to age 40. However, the American Cancer Society has indicated they believe the current guidelines for starting colonoscopy screenings at age 50 work and doing it routinely before then is not warranted. They felt that the issue is that patients and doctors need to pay closer attention to symptoms of colorectal problems. The American Cancer Society only advocates earlier colonoscopy screening if warranted by a family history of polyps, colorectal cancer or other risk factors (such as symptoms of concern like blood in the stool, anemia, or a dramatic change in what is typical for the patients’ bowel movements).