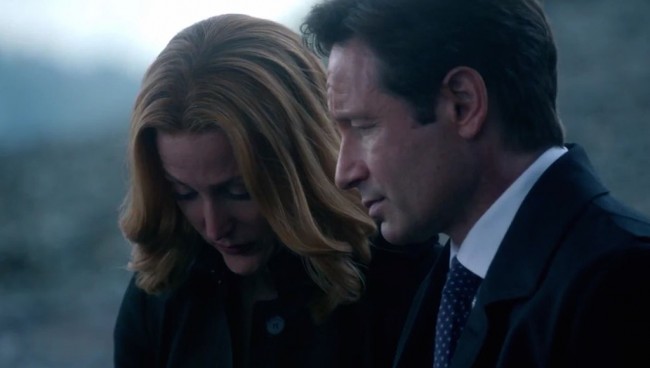 The X-Files revival series has launched on FOX. The first episode of Season 10, which was entitled, My Struggle, aired on Sunday, January 24. It was the first part of the continuation series’ re-launch, which picks up 13 years after the series finale aired in May of 2002. Episode 2, which was entitled, Founder’s Mutation, aired on Monday, January 25 at 8 p.m. EST on FOX. This will be the regular night and time slot for the remaining episodes of the scheduled, six-episode event series. However, given the blockbuster ratings Episode 1 received following its 13-year hiatus, The X-Files revival series might be gearing up for an extended stay while revisiting unresolved issues.

Actors David Duchovny (Californication) and Gillian Anderson (The Fall) have reprised their roles as FBI Special Agents Fox Mulder and Dana Scully, respectively. However, as the event series opened on Sunday, they are no longer employed by the FBI and have not been in some time. Fans who have viewed the second feature film based on the series, The X-Files: I Want to Believe, which was released in 2008, are already aware of the continuing romantic storyline between the main characters, as well as some of the twists and turns that have occurred since the show went off the air in 2002. When the continuation series opens, Mulder and Scully are on the outs so to speak.

When the continuation series opens, Mulder and Scully are on the outs so to speak. They are no longer a couple or at least not currently together. Mulder has been diagnosed with deep depression and this condition led to the demise of their relationship. Scully is still a practicing doctor and surgeon at the same hospital depicted in the 2008 X-Files film. Both characters are pulled back into their alien conspiracy roots by new cast addition Joel McHale (Community), who is a successful conspiracy theory web host named Tad O’Malley.

O’Malley, with assistance from FBI Director Walter Skinner (Mitch Pileggi), enlists the dynamic duo of alien abductions and conspiracy theories to help him with a pressing matter. He introduces them to a young woman named Sveta, who claims to be a multiple abductee. She recounted her experiences involving experimentation, multiple pregnancies, and her babies being taken by aliens each time. This storyline revisits unresolved issues from the original series run, in which Scully was abducted and impregnated during The X-Files‘ second season. Scully was used as a vessel during her abduction for alien offspring. This proved to be a turning point in the series for the character, who was the skeptic of the team and originally brought into Mulder’s orbit in order to debunk his work. 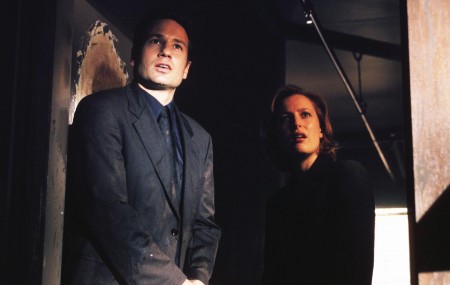 More unresolved issues were revisited in Episode 2 of The X-Files revival series. Namely, the topic of William, the son Mulder and Scully gave up for adoption during the show’s ninth and final season. The episode featured a lengthy exploration of how the loss has affected both characters and presented alternative reality scenarios of how life might have been if William was not given away. Scully’s decision to let him go for his own safety, while Mulder was on the run, clearly haunts her and her sense of regret is palatable.

As a sidenote, the fact that William is 15 years old seems surreal. Who else feels ancient right now, especially for those X-Files fans who were mature adults during the original run of the series (raised hand here)? Tempus fugit as the saying goes and it is, indeed, true. It was nice to see this topic finally addressed. Following Scully’s decision in Season 9, William was scarcely mentioned until Mulder’s return in the 2002 series finale. Then, it seemed he was demoted to a token mention in the 2008 feature film. Given that he is Mulder and Scully’s son as well as a symbol of their love, the avoidance of the topic made little sense.

The fact that The X-Files revival series has chosen to revisit this unresolved issue early on brings hope to many fans, including this author, that the topic will be thoroughly addressed and a family reunion might be on the horizon. This hope is further enhanced by the stellar ratings The X-Files received on January 24 for its re-launching. Initial reports have concluded that 13.5 million viewers tuned in for the first episode of The X-Files revival series. Keep in mind, however, those are only the live broadcast numbers. That does not account for DVR, delayed playback, streaming, and/or online viewing options, which means the final numbers could be in the 18 to 20 million viewership range. If this proves to be true and The X-Files maintains these ratings, the continuation series could be a TV comeback for the ages and its stay might be extended far beyond the six-episode event series already taped.

As The X-Files revival series revisits unresolved issues and deals with modern-day complications, only time will tell if the truth is out there and what that “truth” holds. If ratings hold strong, viewers might be treated to a longer visit from Mulder and Scully than the limited, six-episode event series planned. The continuation series airs Mondays at 8 p.m. EST on FOX and other viewing platforms.