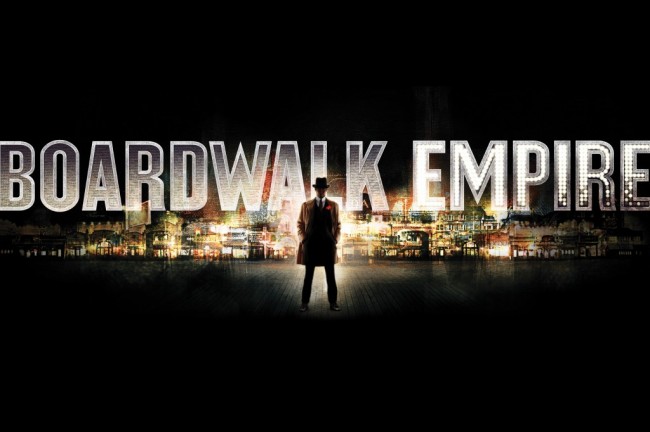 Boardwalk Empire concluded its five season run on Sunday, October 26 on HBO with a proper goodbye. The Prohibition Era-based cable series started out strong in its early seasons, but never quite attained the glory or status of other HBO hit series, such as The Sopranos or True Blood. The Terance Winter-created drama about organized crime that spanned nearly 20 years over its five-year run concluded with a finale episode, entitled “Eldorado,” that said a fitting goodbye via tying up loose ends and providing the audience with proper closure.

HBO’s period drama, which was set in Atlantic City, New Jersey during the Prohibition and Depression Era, depicted the rise and fall of Enoch “Nucky” Thompson, who was based on a real-life, prolific feature during this historic period. Boardwalk Empire took many liberties in terms of recounting exploits from the gangster’s life and it was a loosely based adaptation throughout the show’s run. Yet, it gave the audience a unique and stylish insight into the time period, and made clear distinctions about how the various historical events impacted the characters and society. When the fifth and final season opened, there was no doubt that the Roaring 20’s were in fact over.

The network gave Winter and his colleagues, which included big name writers and producers such as Martin Scorsese, Mark Wahlberg, and Tim Van Patten, only eight episodes to close the book on a story that has slowly grown to epic proportions, and has centered around Steve Buscemi’s Nucky Thompson. While Boardwalk Empire boasted an impressive and accomplished cast of central characters, its focal point has always remained fixed on Nucky and his exploits.

The HBO show, created by Terence Winter, who was also a main force behind The Sopranos, was a drama series that consistently lost its way in later seasons, at least until the advent of this gripping and powerful fifth and final season. The story element that has suffered the most throughout Boardwalk Empire‘s run is the character arcs. While some characters outlived their purpose, such as Michael Shannon’s Nelson Van Alden, others were removed from the canvas much too soon (i.e. Michael Pitt’s Jimmy Darmody). Another justified criticism regarding the show involved stories that blurred together and failed to build any tension. At times, this element was also exacerbated by poor pacing and vague storyline direction.

Those flaws, coupled with the grim tone of the series, may have curbed the buzz and limited the audience for Boardwalk Empire, as the numbers fell steadily throughout the series’ run. Could more warmth and dry humor have made this anti-hero drama more of a critical and audience success story? That question is debatable and the answer is subjective. It is clear, however, that HBO had expected more of a draw from Boardwalk Empire, but the network gave the show and its creators a wide berth to realize its creative vision. Unfortunately, it seems the series fumbled and lost its way at times.

As Boardwalk Empire concluded its five season run on Sunday, October 26 on HBO, the show said a fitting goodbye via tying up loose ends and providing the audience with proper closure. The Prohibition Era-based cable series started out strong in its early seasons, but never quite attained the glory or status of other HBO hit series, such as The Sopranos or True Blood. Creator Terance Winter, who also was a main force behind HBO’s The Sopranos, crafted a drama about organized crime that spanned nearly 20 years, from the start of WWI, through the Roaring 20’s and Prohibition, and into the Depression Era during its five-year run, concluded with a finale episode entitled “Eldorado.” The Boardwalk Empire Season 5 and series finale aired on HBO at 9:00 pm EST on Sunday, October 26.

See Other Articles Written by This Author: