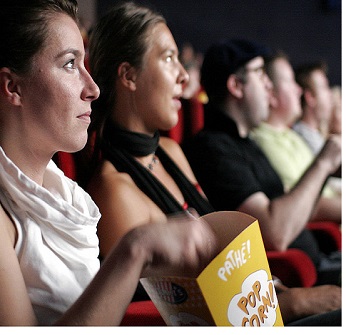 Movies have long been a great form of entertainment for people worldwide with 2015 as no exception. Sitting in a theater with friends and family watching one’s favorite actor(s) on the big screen while huffing down popcorn and sipping on soda is a perfect way to relax and have fun. Films are magical. They have the ability to take viewers to places they have never been and feel emotions they were otherwise out of touch with. As such, even with all of the other avenues to watching movies, the larger than life screen still seems to be the preferred method.

From family Pixar movies, dramas to riveting excitement, Hollywood brought a lot of variety to audiences in 2015. With the Golden Globes having announced its winners and the Oscars just around the corner, a celebrity and entertainment research website named PrettyFamous wanted to find out which of the many films last year ranked the highest. The ranking of 2015 films is based on PrettyFamous.com’s Smart Rating, which takes into account assessments from Gracenote, Rotten Tomatoes, IMDb, and Metacritic, as well as U.S. box office revenue.

After a year filled with excitement and drama, PrettyFamous has identified the top 10 movies of 2015. Starting from the film coming in at number 10 and concluding with the number one flick of the year, their findings are as follows:

This is an action-packed thriller with an all-star cast featuring Emily Blunt, Josh Brolin, and Benicio Del Toro. The movie follows the complex and terrifying underground war on drugs along the United States and Mexico border. On the heels of El Chapo’s escape and recapture, movie lovers will find this film worth watching.

This film has a 100 percent rating from critics on Rotten Tomatoes. It is an excellent documentary-styled film which explores police militarization and the inner workings of corruption in an American SWAT team. It won the 2015 Documentary Feature Competition Grand Jury award at the South by Southwest Film Festival

This hit is still ranking high in the box office. It seems fans cannot get enough of Rey and BB-8, her modernized droid companion. This new addition is an entertaining one, although some viewers believe the plot is very similar to Star Wars Episode IV: A New Hope.

This movie is based on Andy Weir’s New York Times bestseller bearing the same title. When astronauts blast off from the planet Mars, they leave behind Mark Watney, played by Matt Damon, who is presumed dead after a fierce storm. With only a meager amount of supplies, the stranded visitor must utilize his wits and spirit to find a way to survive on the hostile planet. Meanwhile, back on Earth, members of NASA and a team of international scientists work tirelessly to bring him home, while his crewmates hatch their own plan for a daring rescue mission. 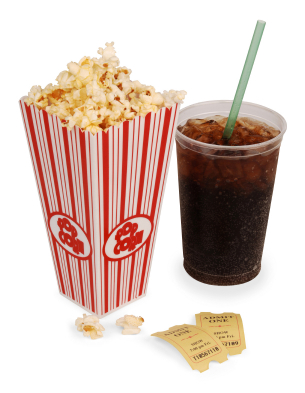 This is a riveting documentary about the late Amy Winehouse’s lethal battle with addiction and rise to fame. The film contains unreleased music and never-before-seen footage which paint a portrait of the singer that the media rarely portrayed.

This dramatic film depicts the chaotic relationship between a mother and daughter. It highlights unspoken class barriers that exist within a home that comes crashing down when the live-in housekeeper’s daughter suddenly appears.

#4 Listen to Me Marlon

This documentary is an eerie, unearthly fascination of Marlon Brando’s life. Although he did not communicate often with the media, the actor kept an extensive and detailed audio-journal about his life. The film is composed of broadcasts from Brando’s private audio which filmmakers had access to. They weave it all together to skillfully present the actor’s life story.

This 2015 action film is directed and produced by George Miller, who in 1979 introduced audiences to the first Mad Max. Since its original, the series has greatly improved and adapted to modern expectations. Miller used as little CGI as possible, making the action as real as literally blowing up a giant semi-truck in the desert.

This drama is based on the true story of a team of journalists in Boston who work feverishly to uncover the Catholic Church child molestation scandal. The movie introduces the reporters that no one wanted to hear as they expose a crisis which has dominated one of the world’s most trusted institutions. The film gracefully handles the shocking details of its fact-based story while resisting the temptation to glorify its heroes. Spotlight is a film that honors the audience as well as its real-life subjects.

The top-rated film of 2015 is Pixar’s Inside Out. The childlike movie explores human emotions from inside the mind of a little girl named Riley. It highlights the struggles the young girl faces growing up and having to relocate to another town. Audiences and critics believe Pixar did a superb job of creating a film which not only resonates with children, but adults as well.

This concludes the list which was comprised by PrettyFamous.com. The 2015 calendar year proved to be a tremendous one for moviegoers. Millions of people stood in lines and paid big bucks to view films on the big screen making it a very prosperous year for Hollywood. The new year has started off with a bang and promises to keep movie lovers filling theaters across the globe throughout 2016.