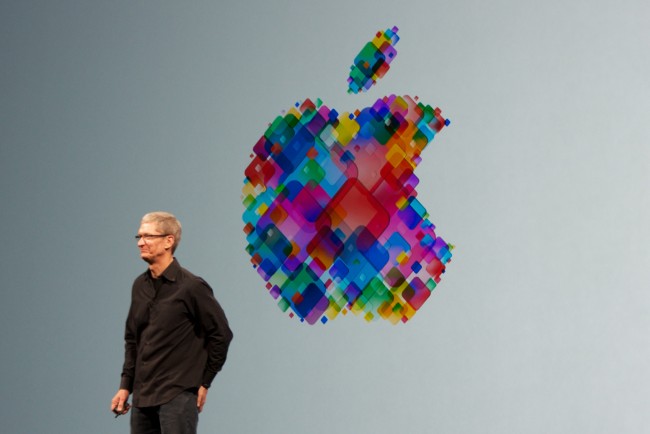 On Feb. 18, 2016, Apple Inc. announced, in a customer letter posted on their website, that the FBI was making demands that are endangering the safety of their consumers. This left them with no choice but to make the issue known to the public. The $1.4 trillion company has refused to create new software that would allow the FBI, or anyone else, a back entry into an iPhone that has a user-created security passcode.

The expository letter was penned by CEO Tim Cook and details the efforts the Apple company has made to help the government with the San Bernardino, Calif. case. In December of 2015, Syed Farook and his wife, Tasheen Malik, shot and killed 14 people at an Inland Regional Center, a service facility for people with developmental disabilities.

Now, in California, a federal judge has ordered Apple to break into Farook’s iPhone, which would require the implementation of entirely new software. The user-created numerical password, currently on the iPhone, can only be attempted 10 times before the iPhone would wipe itself clean, erasing all of the information within. The encryption software is something that Apple stands behind, as stated in their letter.

This encryption software exists on all iPhones, and the Apple company reiterates how important the user’s privacy is to them. Cook mentioned that while they have been doing everything in their power to help the FBI with their investigation, there are certain lines that they believe should not be crossed and this is one of them. Cook prefaced his letter by stating the impact of the smartphone in modern culture, with Apple, in particular, having paved the way toward an integrated future where all of a person’s needs can be met with one device.

Everything from music, notes, contacts, calendars, health, and financial information can be found on an iPhone, and no one understands the importance of security more than those at Apple, Cook intoned. That is why they have the data encryption service, where the user creates a password based on a set of numbers, and if that phone is stolen or winds up in the wrong hands, after 10 wrong guesses, the iPhone will delete all of its information and return to factory settings.

In Apple’s public letter, Cook stated that while the shootings in San Bernardino were horrific, they mourn the loss of life and want justice, they cannot, in good conscience, do what the FBI is asking of them. While Apple has the utmost respect for the government and has tried to support the FBI in their investigation, they have been ordered to make software that would break into a user’s phone, bypassing the security features and encryption software the designers themselves had built.

Apple argues, if they create this software, there would be no way to ensure that the government or anyone else, would not continue to use the software to break into someone’s phone without their knowledge. Anyone would have access to their location, camera, phone records, and personal financial information, as well as anything else on the phone.

According to CNN, the Federal Government and judge have maintained that they would not require Apple to redesign its products, disable encryption, or open content on the phone. They just want access to Farook’s phone, in particular.

Apple’s public refusal of the government’s request has stated that they cannot just make software that would break into one phone and one phone alone, and that creating this option would lead to a dangerous precedent, in which anyone with access to the software would be able to break into any iPhone, as long as it was in their hands. That means, anyone who had this software could use it to break into not only a person’s private, personal phone, but small businesses and companies would be at risk as well.

The government is attempting to use the All Writs Act of 1789 to give credence to their demands, which is a blank check act, that simply allows the court to use their power under laws that do not exist yet. It was an act that was frequently used in 1789 when the Constitution was fairly new and had no precedents. Gizmodo reported that in 1948, the Supreme Court ruling in Price vs. Johnston elaborated on the Writs Act, calling it a lawful source of procedural instruments, which was meant to reach the “rational ends of law.”

So, the means with which the government decides to use the All Writs Act must be reasonable. The All Writs Act has already been used 70 times to unlock iPhones, and most recently in 2014, with only one judge questioning the act, in all of those cases. That judge was James Orenstein and he dismissed the government when it tried to get him to use it to authorize surveillance. Orenstein stated that interpretation of that kind was “fundamentally inconsistent” with his understanding of the authority he had. In that same year, he would write openly, musing whether the All Writs Act was suitable, specifically concerning Apple. The company has openly refused to create new software that would allow the FBI access to the phone in question and any other phone they could possibly want.

As of March 2015, About Tech reported there were roughly 700 million iPhones sold worldwide. If the government is allowed to force Apple to create software that could provide a privacy breach into all iPhones, the long reaching effects of that order could possibly broker a new era of public surveillance that has only been written about in dystopian fiction.