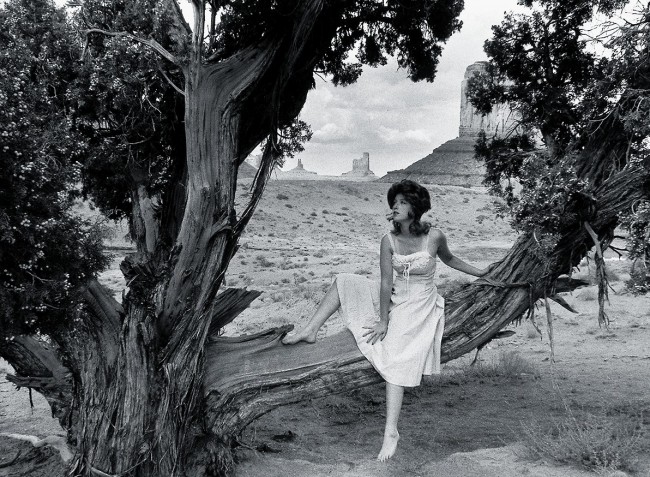 It has been five months since the stunning new contemporary art museum, The Broad, debuted in Los Angeles. Crowds have not died down and advance-timed tickets several months in advance are required. However, those who have already visited the art museum may want to go again this summer. The Broad will open its initial special exhibition in June with an in-depth look at four decades of work by Cindy Sherman.

The show, entitled Cindy Sherman: Imitation of Life, will be the first major exhibit of Sherman’s art in Los Angeles-area museums in almost 20 years. The special-ticketed exhibition will run from June 11 through Oct. 2, 2016, and will include most of the 125 Sherman pieces in the Broad museum’s permanent collection, which has one of the largest holdings of her works. The depth of the collection, only a small percentage of which is on display at the museum currently, makes it a natural inaugural exhibition.

The exhibition will survey Sherman’s major photography series throughout the last 40 years. Those series include her well-known film stills, centerfolds, fairy tales, history portraits, sex pictures and her clown pictures.

Besides her photographs, the Imitation of Life  show will include Office Killer, the 1997 feature film she directed; her well-known film stills; and a rear projection series inspired by cinema from the 1950s and 1960s, The Broad show will also feature works never before shown in the area and works created last year.

“Cindy Sherman’s work has been a touchstone for the Broad collection since Eli and Edye Broad first encountered it in 1982,” said Joanne Heyler, the museum’s founding director. She added that Sherman’s works have been acquired regularly by the couple for over 30 years. Heyler also noted that the artist’s work helped spark the couple’s’ interest in and commitment to contemporary art.

The exhibit is curated by Philipp Kaiser, who previously served as the director of the Museum Ludwig, Cologne, and has held curatorial positions at the Los Angeles Museum of Contemporary Art (which is across from The Broad) and the Museum for Contemporary Art in Basel, Switzerland. Kaiser noted that Sherman “is one of the most important artists of our time, with a body of work that exemplifies the Pictures Generation—artists whose work came to fruition in the age of the proliferation of mass media imagery in the ‘80s.”

Philanthropists and air collectors Eli and Edythe Broad founded the museum in downtown Los Angeles. The 120,000-square-foot, $140 million building houses the 2,000-plus works of art in the museum’s vast collection, only about 10 percent of which are on display in the building. Many others are on loan to museums and galleries worldwide.

The Broad welcomed over 300,000 visitors since it opened in September 2015. The inaugural installation focused on a chronological journey through over 250 works by more than 60 artists. The current installation of art will be on display through May 1. After that, the first-floor galleries will be closed to install the Cindy Sherman: Imitation of Life exhibition.

Advance-timed tickets, priced at $12 for adults and free for children, for The Broad’s special exhibition of the work of Sherman will go on sale this spring. General admission to the rest of the museum (approximately 70 percent of it) will still be free, but timed tickets are also required.

Photo by Cindy Sherman, Courtesy of Artist and Metro Pictures and The Broad