Is the Church Ready for ‘Preachers of Atlanta’ Pastor Le’Andria Johnson? 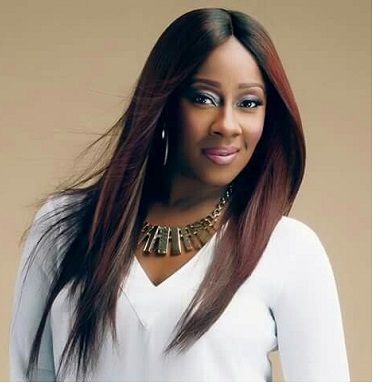 The Preachers of Oxygen franchise began in Los Angeles, then headed to Detroit and has now landed in Atlanta. These preachers may have a strong façade, but tough skin is mandatory if they plan to survive the world of Reality TV. The criticism is thrown their way from all angles, not just outside of the church but from other believers and leaders alike. Each city has, at least, one preacher or headliner, that the Christian community has a problem with. In L.A. it was Minister Deitrick Haddon, in Detroit it was Pastor David Bullock and now the show has many asking the question, “Is the church ready for Atlanta’s Pastor Le’Andria Johnson?”

Prior to joining the Preachers of Atlanta cast, Le’Andria had already outraged the Christian community with her unorthodox practices. The pastor curses, drinks and unapologetically exposes her truth to the world. Many religious followers have slammed her unconventional behavior, however, Le’Andria maintains that she is simply keeping it real with those she is called to lead.

Is there such a thing as being too real? One thing is certain, preachers are people too. Unfortunately, they do not have the privilege that others do of processing life in private. Truth is, everyone has things they are working through and God certainly forgives, sadly, many of his followers do not. This leads to the question, “Is the church ready for Pastor Le’Andria Johnson. Well, ready or not she is here to stay and making headlines along the way.

The powerhouse singer realizes that she is not called to lead everyone and is not surprised that many fail to understand how God uses her. Although her methods might be considered unorthodox by the church at large, the singer has a “no boundaries” approach to reaching people where they are… without condemnation. Le’Andria is the pastor and founder of Imperfect People Changing Ministries, which of course, is located in Atlanta. Joining her public journey on the Preachers of Atlanta reality show are the following pastors: Kimberly Jones-Pothier, Corey Hambrick, Canton Jones, and Judah Swilley.

Pastor Le’Andria believes sitting around judging others is antiquated. Her ministry is geared towards those who want to exit the Christian subculture and actually engage and invite “outcasts” into this “sacred” club. Many pastors are too busy being crowned inside the church to really have an appetite for those outside the church. To be effective in ministry, Christian leaders must become watchers of culture and listeners of people. The message of Christ may not have failed this generation, but the methods many are employing have.

The Better Days singer maintains that many who have rejected Jesus have done so because of the destructive mentality of many church goers. Le’Andria makes it clear that these distorted views are not the fault of the “unchurched” but are the result of Christians and their fake persona of perfection. As do so many leaders in the emerging church movement, this Preachers of Atlanta pastor understands that today’s generation of young people differs from past generations. In order to reach them, leaders must be willing to go and get them, not simply issue a mass invitation.

The current Christian subculture has alienated seekers. This emancipated preacher teaches that part of the gospel explanation process involves building bridges of connection to dispel the world’s misconceptions about Christianity. Once a relationship has been established, dialogue about the issue of sin and their need for a savior can then take place. Is the church ready for Preachers of Atlanta Pastor Le’Andria Johnson? Maybe not, but there is a host of non-believers that have longed for her arrival.

Oxygen: Oxygen Media Takes A Journey Down South With ‘Preachers Of Atlanta’

3 Responses to "Is the Church Ready for ‘Preachers of Atlanta’ Pastor Le’Andria Johnson?"