By Cherese Jackson on December 8, 20152 Comments 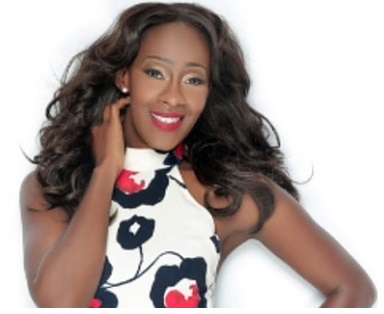 It is no secret that preacher and singer Le’Andria Johnson knows how to stir the controversial pot within the Christian community. From consuming liquor publicly to slipping expletives into sermons, the 32-year-old preacher is not afraid to live out loud. Some celebrate what they consider to be nothing more than authenticity while others have pleaded for the singer to use discretion. Although Johnson does not condone her behavior, she refuses to make any apologies and instead will bring it all to the forefront on the upcoming Preachers of Atlanta reality show.

Le’Andria is the founder and pastor of Imperfect People Changing Ministries located in the Atlanta. She is excited to join the cast alongside with other preachers such as Pastor Corey Hambrick, Pastor Judah Swilley, Pastor Kimberly Jones-Pothier and Pastor Canton Jones. The Preachers of Atlanta will debut on Feb. 3, 2016, on the Oxygen network.

On Labor Day 2015, the Grammy Award-winning artist allowed fans to witness her sipping tequila and cursing during a live stream on the popular Periscope social media platform. When challenged about her behavior, the pastor contended that all people of God, including ministers, have struggles, but they try to hide them.  The singer believes hypocrites are intimidated because she does not veil her issues from those who follow her.

The preacher, who recently tweeted, “Cheers to kissing nobody’s a*s” will continue to live out her truth as she brings the drama to the upcoming Preachers of Atlanta reality show. The pastor maintains that all Christians, including pastors, war with things like profanity, but she is bold enough not to hide her vices from the world. On the radio show Darlene’s Day Party which airs on Praise 102.5, Le’Andria argued:

Drinking and saying a few cuss words on Periscope…who doesn’t cuss out there in the church world? I just want to know, any pastors and bishops and missionaries and saints and friends out there that do not cuss. If you are one of the pastors that do not curse than thank God, but what do you do?

The preacher went on to point out how many television shows that Christians watch after leaving church service which display violence, drug abuse, sex, and drinking. Even still, they feel it is justifiable to criticize her choices. Instead, according to the singer, people should focus their attention on loving others, as opposed to judging. She said:

Le’Andria believes the day for sitting around condemning people to hell is over. It is time to win people to Christ with love. Although her methods might be considered unorthodox by the Christian community, the singer has a “no boundaries” approach when attempting to reach people where they are. She invites critics and fans to follow her lead by showing the world that ministers are not above dealing with the same temptations as their congregants. The Periscope episode has nothing on the view people will get as she brings the drama to the new reality show.

Preachers of Atlanta will explore drastically different approaches to ministry as five preachers take steps to challenge the status quo as it relates to real issues that affect people in their communities. Le’Andria is preparing to bring her controversial behavior to the forefront on the docu-series, where viewers will witness the preacher distributing condoms and cigarettes in the name of ministry.

The series will follow the ministries of five preachers with varied methods of outreach including communicating spiritual messages through hip-hop lyrics and venturing into the neighborhoods of Atlanta to find those in need. The pastors are passionate and unashamed in their transparency. They intend to show the world their imperfections by using out-of-the-box ways to reach a new generation for God.  Is the Christian community ready for Le’Andria Johnson?  She is ready to bring the drama and lift the veil of hypocrisy on the new Preachers of Atlanta reality show.