The New Computer Nerds? Women Better at Coding Than Men 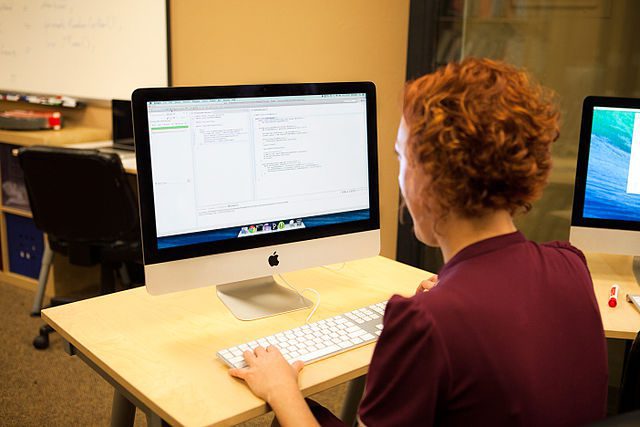 Gender bias issues affect many traditionally male dominated industries, like software development. In most, it is hard to prove if one sex is actually better at completing coding the job requirements than the other. However, a new study conducted jointly by researchers at Cal Poly, San Luis Obispo, and North Carolina State University shows that women may be better at coding than men, the traditional embodiment of the words “computer nerd,” provided the coder’s se was not apparent to those accepting the code.

Women only comprise an estimated 20 percent of software developers in the U.S. Using GitHub, a platform used by approximately 12 million developers to get involved with and code open-source projects, the gender bias is obvious when people are choosing developing for “pull requests” and know if the coder in a female. However, when they do not know the coder’s sex, the codes developed by women are accepted at a higher rate than the codes developed by males.

The researchers showed their own gender bias by hypothesizing that women coders’ work would be scrutinized more harshly and accepted at a lesser rate than the coding done by their male counterparts. That hypothesis turned out to be false. The pull requests handled by women had a higher acceptance rate.

GitHub does not require its users to identify their gender, but many have profile pictures from which the coder’s sex can be gleaned. So, the researchers painstakingly tried to identify the gender of each coder. They also mined the contributors’ Google profiles to identify the sex of GitHub users who did not make their sex apparent on the coding platform. If they could not determine the person’s sex, the GitHub contributor was eliminated from the study.

Eventally, 1.4 million coders whose gender the researchers could infer were evaluated and used in the study. They matched coders with their “pull requests” on GitHub. They also noted which of the coders were insiders (owners or collaborators on a project) versus outsiders (everyone else) to see if there was a difference between the two.

The team found that code from women was accepted at a higher rate, 78.6 percent, than code from men, 74.6 percent. That acceptance rate was noticeably lower for women whose gender was identifiable on that site or who were not well known within the GitHub community. For coders known to be women, their coding contributions were accepted at a lower rate than for coders known to be men.

Looking at insiders versus outsiders showed that familiarity largely erased the biases. For insiders who were known to the community, there was less gender bias and similar acceptance rates. For outsiders, there was more bias: women’s acceptance rates were 71.8 percent when gender was not apparent on the site, but dropped to 62.5 percent when their sex was identifiable.

There are a lot of possible explanations for the differences, such as types of projects responded to be one group versus another, programming language used, etc. that make have impacted results. More research, possibly using other sites or groups of coders, should be undertaken. But, the study showing that women may be better at coding than men (or at least have higher acceptance rates when it is known that they are women!) may help shift the image of a computer nerd into something new and gender neutral.