By Jeanette Smith on February 1, 20162 Comments 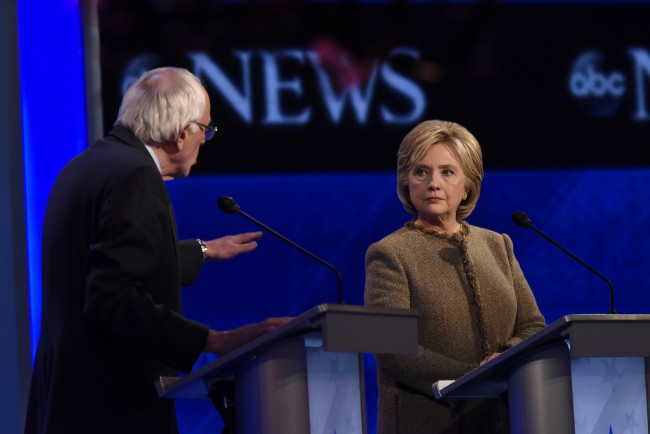 According to the NBC News Entrance Polls, questions of age, ideological differences, and issues have influenced which Democrats supported Hillary Clinton and which backed Bernie Sanders in the Iowa caucuses held on Feb. 1, 2016. At 11:20 p.m. CST, the two are still neck and neck.

Clinton was chosen by 88 percent of Democratic voters who prefer experience in a candidate, and by 68 percent of those who want their candidate to continue the course for the nation set by President Obama. Voters who believed health care was the most pressing issue chose Clinton at 59 percent. She was also popular among married women, voters over the age of 65, and moderates in the Iowa caucus.

Those who supported Sanders, however, were a different selection of Democrats in Iowa. Young voters and 83 percent of the constituents who put value in trust and honesty in a Democratic candidate chose Sanders. He also garnered 61 percent of those who support income equality and 58 percent of voters who identify themselves as extremely liberal.

Sanders was also able to pull in support from those attending a caucus for the first time and voters who want Obama’s replacement to implement more liberal policies.