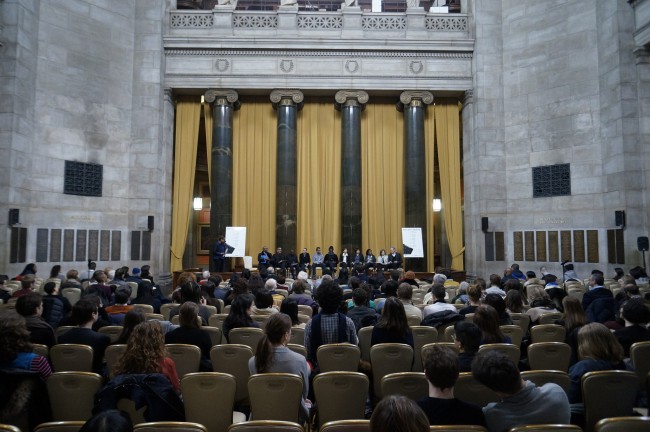 The Department of Justice is filing a civil lawsuit against Ferguson, Missouri on Wednesday, Feb. 10, 2016, due to the numerous constitutional violations conducted by of the Ferguson Police Department. The civil lawsuit is happening one day after the city refused a negotiated deal that would have reformed the police department, which has been under severe scrutiny in the wake of the death of Michael Brown. Brown was an unarmed Black teenager, who was shot by police in August 2014, whose death sparked a powder keg of reaction and inquiry into the role of race relations and police conduct in the U.S.

While the Dept. of Justice did not indict the officer responsible for Brown’s death, they uncovered a pattern of unconstitutional acts committed by the city, local government, and police force in Ferguson.

In March 2015, a 102-page report was released to the public, detailing the various offenses committed by the police force. This report illustrated a clear and virulent bias against the African-American community in Ferguson. The report said they were targeted by the largely white police force, not seen as citizens to be protected under the law, but rather individual pockets of cash ripe for the plucking.

The report also showed that the police department as well as the local court system engaged in a pattern and practice of discrimination against the Black residents of Ferguson, which included examples of disproportionate uses of force, jail sentences, and traffic stops. The report also revealed how far the stream of bias flowed as several years worth of emails sent by Ferguson officials were retrieved, wherein President Obama was referred to as a chimpanzee, a photo of a topless dancing woman was being circulated, captioned as “Michelle Obama’s high school reunion,” and jokes about Muslims were made. Another email said that a man wanted welfare for his dogs, due to their being mixed, lazy, could not speak English, and not knowing who their fathers were.

The progressive plan the Justice Department proposed included an additional senior staff that would help carry out the new operations, police de-escalation training, extensive training that would ripple throughout the entire department, an electronic complaint tracking system, and a focus on early intervention as well as community-police relations. Examples of amendments the Ferguson City Council members pushed for included no mandates on the payroll for police or city officials and a deadline extension for the overall plans to go into effect. Moreover, they also requested that there should be no mandate for the staffing at the city jail, a preference could be made for local contractors and consultants, and that the terms do not apply to the other agencies that would execute the services that are now provided by the city.

Ferguson Mayor James Knowles II denies that the amendments were just a way of working around the plan altogether. However, public opinion seems to be mixed, reports CNN. Activists were chanting, “You can’t amend justice,” in their community center.