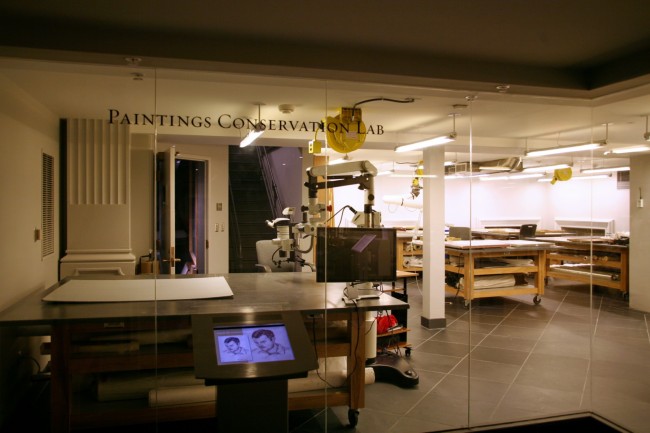 Feb. 22, 2016, was George Washington’s 284th birthday and this year, perhaps the most famous portrait depicting his likeness will receive an 18-month examination and restoration. While Presidents Day occurs annually on the third Monday of February  and celebrates the birthdays of Washington and his 43 successors, its date was chosen due to its proximity to the first president’s date of birth. The tradition of celebrating Presidents Day started in 1800, following his death, but did not become a federally recognized event until 1885. It was not until the 1960s when Congress requested that Lincoln, whose birthday was also in February, also be celebrated on that day, thus making it Presidents Day. However, it was not until 1971, after the Uniform Monday Holiday Act was enacted by Congress, that the third Monday in February became the official day of celebration.

The portrait of George Washington (provided here), which is also known as the Lansdowne portrait, will receive its extensive restoration examination after being taken down from its place in the National Portrait Gallery on February 28. The painting was composed by one Gilbert Stuart in 1796. The examination and restoration treatment will take 18 months and will be conducted at the Smithsonian Institution by Cindy Lou Molnar.  Molnar is a painting conservator and head of conservation at the National Portrait Gallery.

Gilbert Stuart painted the portrait using oil paints which now Molnar will examine using ultraviolet lights and X-rays to determine the structure of its surface and to learn of any varnishes that were applied in addition to any “touch-ups” added over the years. Molnar, in using X-ray imagery, will also be able to see all the layers of the painting including any sketches that Stuart might have made of Washington prior to actually beginning to paint the portrait.

Gilbert Stuart was born in Rhode Island in 1755 but had gone abroad to Ireland and England to study painting before he returned to the United States in 1793, with the idea in mind, to paint a portrait America’s first president. Stuart was able to talk the first president of the United States into sitting for him on three different occasions, ensuring the best-finished product. The image of Washington that is found on the dollar bill is also the work of Stuart. It is often referred to as The Athenaeum. Gilbert used to repaint it, again and again, selling each for $100 per print. Stuart painted six President’s of the United States during his life.

The portrait of George Washington that will receive intensive restoration over the next 18 months will remain up at the National Portrait Gallery at the corner of Eighth and F Streets NW until February 28. So, there are still a few days to view it in its original condition. The unique process, that will include modern science as well as ancient artistic skills, will ensure that such works which stem from the early days of American history remain accessible for generations to come.