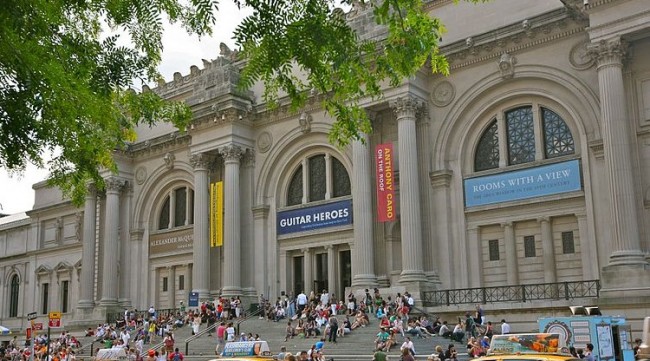 The Metropolitan Museum of Art is one of the most visited museums in the U.S., if not the world. The iconic building on the east side of Central Park is a must-see for tourists – and locals. However, unlike museums in Los Angeles and other cities that are either free all the time or have free hours, the Met has no “free times.” Instead, they have relied on a “recommended” admission price of $25 for adults and $12 for students. This Metropolitan Museum admission pricing policy was the subject of a just settled class action lawsuit that illustrates that fine line between providing affordable access to the art and the reality of making ends meet.

The three-year old lawsuit, Saska v. Metropolitan Museum, challenged the facility’s long-standing admission policy that actually allowed patrons to pay what they wanted, but was not widely known. As a result, many felt they could not afford to go, even though admission could be gotten for one dollar or less. The museum Website currently emphasizes that, “To help cover the costs of exhibitions, we ask that you please pay the full recommended amount.” It also does not allow those who purchase online to pay anything other than the full amount (and a service fee).

Under terms of the settlement, the signage in the lobby and info online will be changed to clearly advise people that the amounts posted are the “suggested admission” prices. The sentence “The amount you pay is up to you” will also appear prominently to make the Met’s policy more explicit.

Patrons must pay something, however. When the Met first opened in the 19th Century, there was a commitment to provide free access to the public in exchange for the rent-free ground along Central Park. Under the original 1878 lease with New York City, the museum had no legal authority to charge any admission fee at either its original temporary facilities or the grand Beaux-Arts building on Fifth Avenue that it moved to in late 1902. But, faced with a severe budget deficit in the 1970s, the museum was permitted by the city to charge a suggested fee to help fund its operations.

The timing of the settlement is important for the museum, which will open a new satellite location in March. The Met Breuer that debuts March 18 is housed in architect Marcel Breuer’s renovated old location of the Whitney Museum. It is not very far from the Fifth Avenue main building at 82nd Street to the satellite on Madison Avenue at 75th Street (The Whitney moved to a new facility in lower Manhattan last year.)

“If some people think suggested is more clear than recommended then that’s all to the good,” Daniel Weiss, the museum’s president, recently said in an interview. He noted that their “goal is for people to understand that what we do and what we contribute is enormously expensive. All of the funds from admissions get put into our programs and the collection and the institution.”

As Weiss noted in the interview, “Excellence costs money.” So, to illustrate the fine line between economic reality and the desire to provide admission access for everyone, the Metropolitan Museum’s new policy signs will reportedly encourage people to “Please be as generous as you can.”