50 Murders a Day in South Africa 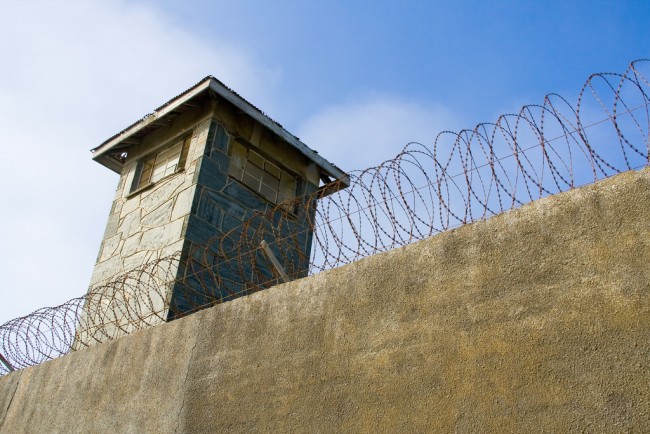 South Africa has a high crime rate, and recently, statistics showed that an average of 50 murders a day happen throughout the land. Besides the killings, there are 50 motor vehicle accidents and 20 suicides every day. In South Africa, there is a group of rebel criminals who have more power than the ordinary citizens. Weapons are readily available, despite the fact that there are strict gun controls set by the government. However, this does not deter the criminal element from obtaining guns and other weapons to commit crimes in the most heinous manner.

The murders of the farmers are the most horrific crimes committed and the perpetrators have no sympathy for their victims. Often, the torture of farmers is carried out in a brazen, sadistic manner causing suffering before ending the life of the innocent person. It seems as though the killers gain pleasure in performing acts of merciless torture, especially towards farmers.

On Feb. 26, 2016, another senseless murder was committed on a small holding in the Westonaria region. A 73-year-old pensioner was stabbed 12 times in the abdomen and chest by two male attackers. The perpetrators were caught by the farming community and remain in police custody, for now. The deceased was killed for a few clothing items, cell phone, and a firearm.

While crime remains rampant on the streets, the prisons have to deal with inmates stabbing and killing each other. Also, guards are being harmed while trying to stop the futile fighting. Prisoners have guards or visitors smuggle in knives, sharp objects, drugs, and cell phones, with the intention of creating gangsterism inside. Recently, a raid in the Boksburg prison, while inmates were sleeping, found over 27 cell phones, hundreds of weapons, and drugs. All contraband was confiscated.

It might be commendable that the Department of Correctional Services initiated such action but this is only one prison. There are hundreds of prisons that have similar problems, and at times, it is the guards who assist with smuggling in weapons. Until corruption is wiped out, inmates will continuously have access to weapons, cell phones, and drugs, so murders will continue inside the prison walls.

There are times when the criminals have more rights than law-abiding citizens and the government is not doing enough to combat this. Crime increases daily, and with the prisons in South Africa experiencing overcrowding, there is no other alternative but to grant bail to far too many of the accused. While the corruption continues to invade the prisons, inmates will continue their crimes from within the high walls. Until the system changes, 50 murders a day will continue throughout South Africa.

South Africans are afraid and most avoid open spaces, such as parks and public transport. Many crimes are not reported because people believe the police will not do anything about certain offenses. Reports indicate that 47 percent of South Africans believe both violent and non-violent crime has increased during the 2011 – 2014 survey period. Furthermore, 27 percent of respondents are of the belief that not much has changed.

The civil rights organization, AfriForum, approached the courts in an attempt to force police to release the data on farm murders from 1990 to 2015. In 2007, the government announced it would not collect any statistics on farm murders. However, former Police Commissioner Ria Phiyega mentioned that farm murder numbers were kept for operational reasons. The police believe that there is a drastic decline in farm murders, however, Afriforum, who also collects data on these horrific crimes, reported that 316 farm murders were committed in the last five years. AfriForum contends it is important to monitor the killings and safety of farmers, and rightly so, as the security of food for the country is at stake.

Political temperatures are rising ahead of the municipal elections and as crime, especially the high statistics of murders, increases, deceit will be the key to undermining the reality of how serious crime remains in South Africa. Implementing a robust justice system and eliminating corruption have not been a crucial concern for the government. South Africa has a government that cannot govern and allows criminals to walk away from their crimes because the leaders will indiscriminately use and indoctrinate the uneducated masses for selfish gain.

One Response to "50 Murders a Day in South Africa"