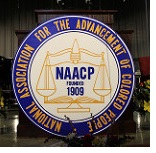 The NAACP Image Award is an accolade presented by the American National Association for the Advancement of Colored People to honor African-Americans who are outstanding in the arts such as film, television, music and literature. With similarities to other awards ceremonies, namely the Grammy’s and Oscars, the categories are voted on by members of the organization. This is a highly celebrated award within the black community, but the problem with this year’s NAACP Image Awards ceremony was everyone spent so much time shooting down other award organizations that it overshadowed the positive honor bestowed.

In the wake of the controversy surrounding the 2016 Oscar nominations, this year’s focal point of the 2016 NAACP Image Awards was diversity. Truth is, the lack of diversity is not only seen in Hollywood, or the entertainment industry as a whole; it is something that has been a national stigma since slave ships brought African-Americans across the waters. For those without an understanding of the power of an Oscar nomination or win, this achievement is not only something actors can be proud of, but it increases their ability to negotiate financially for additional roles.

When speaking of the #OscarsSoWhite controversy, Cheryl Boone Isaacs, the Academy president, was diplomatic but clearly disappointed about the omission of African-American-driven films which were worthy of recognition. For the second year in a row, every nominee in an acting category was white causing public outrage among many of Black America’s Hollywood presence. Jada Pinkett-Smith recorded a video that quickly went viral suggesting that African-American actors boycott this year’s Oscar Awards ceremony.

With many agreeing to skip the ceremony this year, it seemed most important that they made certain to attend the 2016 NAACP Image Awards ceremony. However, instead of just being proud to be honored, many awards recipients used the time allotted for their speech to regurgitate the “I’m black and I’m proud” rhetoric. The theme of the ceremony this year was reminiscent of a 1975 Good Times episode when James, played by John Amos, graduated from a trade school and was having a difficult time finding work. Finally, he gets a great job offer, but it is in Alaska.

Deciding this was the only way he could make and save enough money to finally take care of his family and ultimately move them out of the ghetto, James takes the Alaskan job offer. However, right before he was scheduled to leave his family and temporarily move to Alaska, Michael, played by Ralph Carter, gets into a fight in the name of black pride. James, against Michael’s will, took the “Black Pride” jacket from his son and said these infamous words:

You don’t need a jacket for black pride. You’re black aren’t you? Well, just be proud!

In other words, black pride is something that does not need to be announced. It should resonate from within and be demonstrated throughout life in every activity and behavior pattern. Black pride cannot be tampered with by external projections or even stigmas. It is innate. The problem with this year’s NAACP Image Awards ceremony was every winner felt the need to “sport” Michael’s black pride jacket instead of exuding the pride which should accompany such an honor. 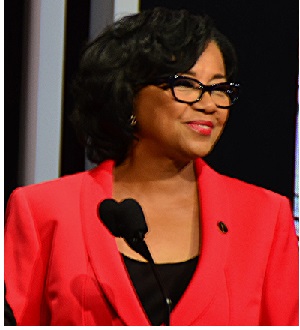 Reportedly, on the heels of outrage, the Academy is working on a plan to improve Oscar diversity. These changes, however, will not affect the 2016 Oscars Awards ceremony which will air LIVE on the ABC network Sunday, February 28 at 7 p.m. (EST). In the interim, Boone-Issacs released a statement which promises that the Academy will lead in diversity and not wait for the industry to catch up.

This promise will not change the minds of many who already planned to boycott the upcoming Oscar Awards ceremony, however, it does offer a measure of hope moving forward. The disappointment behind this year’s lack of diversity is understandable, but the problem that accompanied the 2016 NAACP Image Awards ceremony was recipients overindulged in the power of blackness which seemed to exude anything but true pride.  The reality is whichever way the industry colors it, both views represent a “black” day in Hollywood.