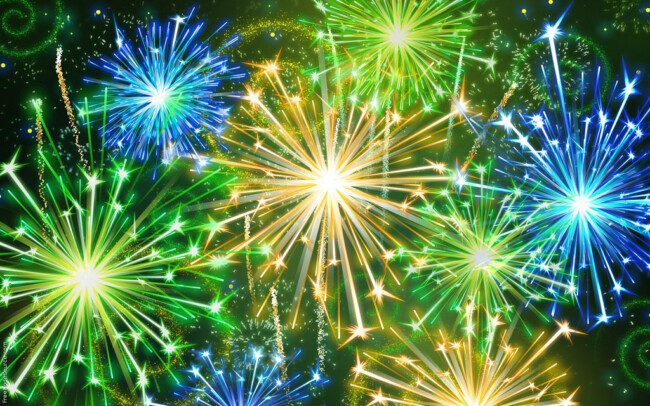 Molly Ball, a journalist from The Atlantic, participated on a CNN panel with John King the morning of Feb. 7, 2016. She talked about a young woman she met at a Bernie Sanders rally. Ball stated that the woman proclaimed that Sanders was the better feminist in the Democratic race for the White House.

Ball told King that there is an “interesting phenomenon” occurring among liberal college women. She believes it to be a “strong feminist consciousness.” There are women who claim to have the views of liberal feminists and they also believe Sanders is the better feminist.

Clinton’s legitimacy as a strong, independent woman is coming under the scrutiny of young feminists. Ball heard women state their belief that Clinton’s candidacy is solely due to her husband being a former president. One woman declared in a scorching tone that Clinton does not truly represent a strong and independent woman.

On the other hand, older feminists prefer Clinton and have gone so far as to shame the younger women who prefer Sanders. It is perceived that women are expected to empower Clinton’s run for the presidency. However, her millennial feminist support seems to be slipping through her fingers as they are being drawn to Sanders. Clinton’s dream of being the first female president may be a capstone she will miss in the feminist movement. This embarrassing reality is frustrating feminists from Clinton’s generation.

Madeleine Albright introduced Clinton in New Hampshire, on Feb. 7, and she spoke on the importance of the election of the first female president. Albright, the first female secretary of state, mocked Sanders when she proclaimed that the “true revolution” would be a woman as the commander-in-chief. Then, in a display of anti-sisterhood, she belittled all women who think differently ending her tantrum in a tone of condemnation shouting, “There’s a special place in hell for women who don’t help each other.” Clinton’s reaction to this statement was to laugh and clap.

In an interview on Feb. 6, Albright made the remark that women could be judgmental of one another and could sometimes forget how hard it is for women, such as Clinton to have climbed the proverbial ladder. Elder feminists scorn young women because they do not believe the millennials are considering how feminism will be propelled once the first female president is elected. At the same time, the modern generation is not of the belief that Clinton is definitely that woman.

Gloria Steinem sat in an interview with Bill Maher Feb. 5. She chose, this time, to explain that women are more active in politics as they age. She believes young “does” only support Sanders in order to meet “bucks.” Maher, thinking some may take offense to such a statement, let her know that if he had said something like that, she would have smacked him. She concurred.

Women who support Sanders took to social media and a debate within the feminist movement took a turn for the White House. Younger women have the firm belief that the presidency should be decided by more than what is, or is not, between the legs of a candidate. However, according to the New York Times, older women seem to have the distorted belief that Clinton is their last chance to have a woman as president.

Registered voter Guen Page tweeted, “Albright and Steinem trying to undo Feminism with a vengeance today.” This was just one small quote out of the backlash caused by Steinem and Albright’s comments.

Steinem made an attempt to retract her comments. She stated she was sorry that she was misinterpreted with the implication that young women are not politically thoughtful. There are more female activists now than ever, no matter if they support Clinton or Sanders. It should be noted that this apology was made on Facebook while her misspoken words were on television.

Regardless, Clinton is losing supporters so now it is time to pull out the heavy artillery, according to Camille Paglia, who is an author, describes herself as a “dissident feminist,” and is a supporter of Sanders. According to a Wall Street Journal/NBC/Marist College poll conducted of Democratic voters in New Hampshire, the beginning of February, 64 percent of women under 45 years of age, support Sanders, while 35 percent claim they will back Clinton. Although, women who are over 45 years old, prefer Clinton by nine percent.

The same thing happened in 2008. According to Marion Just, a professor at Wellesley College, young college women flocked to Barack Obama. Wellesley is an all women’s college and the professor is now seeing them gravitate to Sanders. She stated she has a respect for women who do no focus on gender when considering a presidential candidate. She also shared her surprise at the lack of excitement for Clinton. She believes it is not about how concerned they are about having a woman voted as president. Just, has been a professor at the school since 1970 and believes the current generation has a more positive worldview, she does not agree that it is deserved, but understands that it simply is.

The Clinton campaign has recruited celebrities, such as Lena Dunham, the creator and star of HBO’s Girls, and vocalist Demi Lovato in an attempt to create a millennial female following. In her most recent debate with Sanders, Clinton fought against his suggestion that she was part of the “establishment.” She reminded viewers that if she were to be elected it would be the end of the long feminist road.

Executive Director of the SPARK Movement, a gender justice advocacy group, Dana Edell has given the statement that even though the historical element of the first female president will be important and powerful. However, as important as having a woman for president may be, it will be all the more powerful to have the right first woman for young men and women to look up to. It possibly may be that Clinton is not the right one for this monumental moment.

Even Jaimee Warbasse, who named her child Emmeline, after the suffragette from Britain, Emmeline Pankhurst, is not sure if even she will support Clinton over Sanders. Stating that it is not about the president being a woman, “it is really about who is going to beat the Republicans.”

Is it possible that Sanders is the better feminist? Maybe, he is simply the better candidate.

One Response to "Bernie Sanders the Better Feminist"