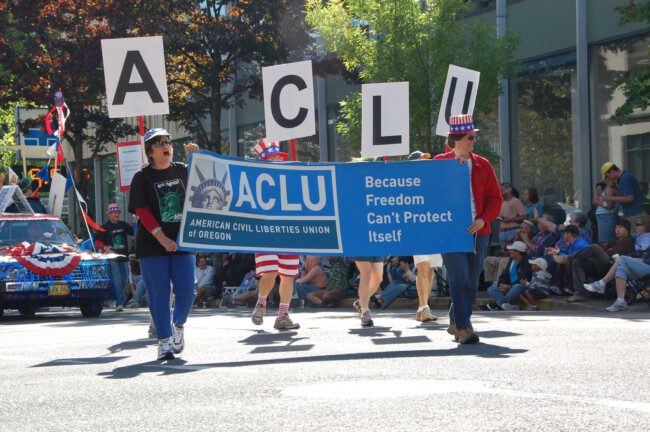 Las Vegas, Nev.–American Civil Liberties Union of Nevada (ACLUNV) has partnered with the world-renowned and highly influential artist and designer, John Van Hamersveld, for the ACLUNV’s 50th Anniversary Gala on Saturday, June 11, 2016, at 6 p.m. PDT, which will be held at the Wynn Las Vegas.

Van Hamersveld has designed pieces, such as the Beatle’s Magical Mystery Tour album cover, a 360-foot-long mural and official poster for the 1984 Los Angeles Olympic Games, the Endless Summer movie poster, and his iconic Indian poster. He is the only artist with a Viva Vision light show at Fremont Street Experience, which has been running since 2009. Van Hamersveld has created custom artwork for the gala, along with a limited edition poster for VIP attendees. Before the formal gala program begins, there will be an exclusive, one-hour meet-and-greet with Van Hamersveld, along with additional Nevada and national VIPs. The VIP meet-and-greet will begin at 6 p.m. PDT, followed by the main dinner program, entertainment, silent auction, and honoree recognition, which will begin around 7 p.m. PDT.

“We hand-selected John Van Hamersveld because of the social awareness themes captured in his art over the last five decades. His creativity aligns with our vision and we could not be more excited about the partnership,” said Tod Story, executive director.

Tickets are on sale now and priced at $250 per person, with VIP tickets priced at $350 each. Tickets can be purchased online at https://aclunv.org/50thAnniversary.

About American Civil Liberties Union of Nevada
Started in 1966, the ACLU of Nevada is celebrating its 50th year of public service. The ACLU of Nevada is a nonprofit, nonpartisan organization committed to the defense and advancement of civil liberties, as well as civil rights, for all people in Nevada. For additional information, please visit http://www.aclunv.org.