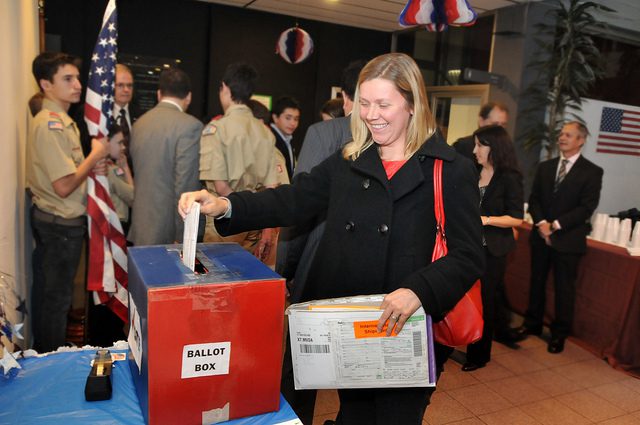 Alaska is holding its Democratic caucus today, March 26, 2016, and multiple news networks are already projecting a win for candidate Bernie Sanders. The caucus began at 10:00 a.m. AKDT, and it appears the Vermont Senator will be the winner.

Of the three Democratic caucuses happening today, Sanders will come away with a win in Alaska. The Associated Press is claiming the caucus to be a Sanders victory. He and Hillary Clinton will split the state’s 16 delegates.

John Ryan of KUOW in Seattle has reported that Sanders outraised Clinton’s fundraising in all three states caucusing today. The Associated Press has also predicted a Sanders victory in Washington, where 101 delegates are at stake. CNN has projected Sanders to win at least 70 percent of those.

The final results of this caucus are still coming in, but all sources claim a resounding victory for Sanders.

UPDATE: According to NBC News, the final results for Alaska is Sanders wins 81 percent of total votes, and Clinton has 19 percent.