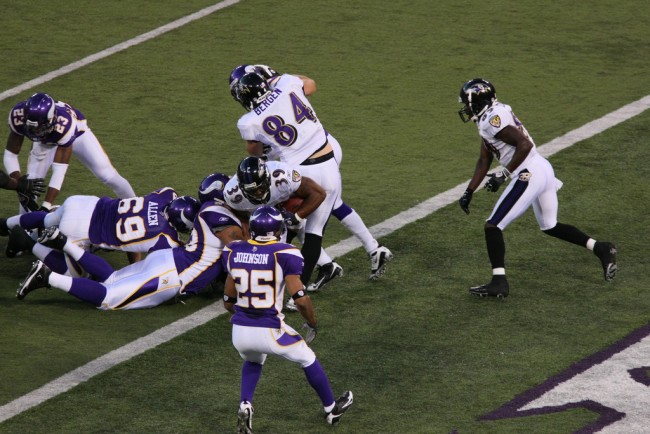 The question of whether black athletes are hated seems simple enough, however, the question must also be asked, “if so, hated by who?” Some would say, black athletes are hated as a result of some recent high-profile instances of domestic abuse. Two of these cases would include Adrian Peterson, of the Minnesota Vikings, and Ray Rice, of the Baltimore Ravens. Perhaps black athletes might be hated if they were responsible for a higher proportion of instances of domestic abuse than the general population. This does not, however, appear to be the case.

In an article written by Gordon True, he states there is a company that determines the popularity of sports figures. According to these “Q Scores,” the top six most hated sports figures are, in order of their ranking, “Michael Vick, Tiger Woods, Terrell Owens, Chad Ochocinco, Kobe Bryant, and LeBron James.” These six athletes are all black. True continues, “The top six most loved sports figures are, in order of their ranking, Michael Jordan, John Madden, Shaun White, Peyton Manning, Joe Montana, and Arnold Palmer.” Five of these players are white. On the surface, it would appear that there is a problem of hate toward at least some black athletes.

However, hate is a difficult concept to quantify. It is difficult to imagine that fans truly hate certain athletes. After all, fans have little personal contact with athletes. Most fan experiences with athletes are little more than, as a spectator in a stadium or on a couch in front of a television broadcast of NFL Monday Night Football. While it is true that people commonly accept the Chicago Bears fans and players hate the Detroit Lions fans and players, this is much more of an exaggeration for effect and hype than reality. After numerous beers, certain fans clearly demonstrate hate through poor behavior. It is difficult, however, to identify this behavior as hate toward specific black athletes. After all, fans would not pay to see athletes they hate. Thus, the question becomes, who is actually doing the hating?

On a popular radio talk show, hosted by Rush Limbaugh, the subject of hate was addressed and an explanation of the origin was posited. According to Limbaugh, “Normally the people being targeted here are victims. And now, in this circumstance, the Drive-Bys, their protectors, have all of a sudden turned them into targets.” Limbaugh refers to the media, broadcast and print, as the “Drive-Bys,” and he contends that normally media personnel would present members of the black race as victims of some issue rooted in any number of past or present societal ills. Instead, Limbaugh hints that it is the media personnel, who are casting the black athlete in a negative light.

Media personnel can include a vast army of individuals. These include play-by-play sportscasters, color commentators, newspaper columnists, magazine writers, sports talk show hosts, cable television panels and satellite radio show “talking heads.” Among these media personnel, there is clearly a preference for discussion of controversial issues and activities with respect to all athletes. The question then becomes whether these media personnel take particular relish when it comes to black athletes. These members of the media, perhaps do not hate black athletes, but they do appear to target them. After all, are there any surveys on the most hated politicians or Hollywood movie personalities?