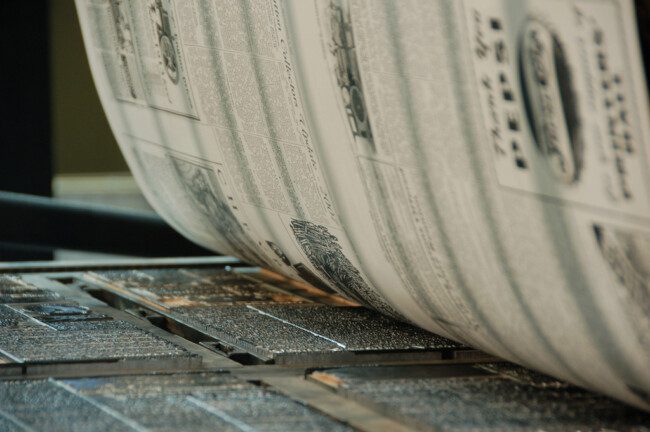 On March 18, 2016, a federal judge agreeing with the United States Justice Department, ordered to temporary block Tribune Publishing Co. from purchasing two Southern California newspapers. The two papers are the Press-Enterprise of Riverside and Orange County Register. The granting of the order, coming from U.S. District Judge Andre Birotte, will pause the $56 million purchase of the news agencies and halts the near monopolization of Southern California’s English-speaking news reading audience, which accounts for 98 percent of its readers.

There are several reasons the Justice Department is seeking to block the purchase Tribune Publishing Co. is seeking. One reason is that newspapers that report directly on a specific local demographic are becoming scarce. In today’s technologically advanced, fiber optically connected world, it is not necessary to live in Riverside, California to read the local news there. However, if it were not for newspapers that are based in their particular demographic, other news generating sources, that much larger audiences turn to for their news, would not be able to access important issues needing to be reported. 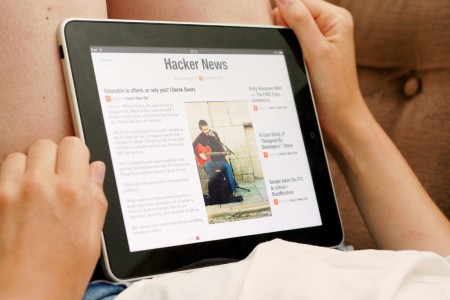 Another reason for resisting the transformation of these newsrooms is the number of jobs that may be lost. Currently, these newsrooms employ about 1,000 employees, but after the purchase, this number would be significantly reduced. Moreover, Tribune Publishing Co. may also increase monthly subscription costs to its customers, as well as costs associated with advertising, which right now primarily promotes local businesses. Judge Birotte noted in his opinion that he believes the Justice Department has “merit” in its claim.

Perhaps acknowledging the validity of the Justice Department’s stance, Tribune Publishing Co. retorted in their filings with the court that this stall would most likely “kill the deal.” This would mean that Digital First Media, who has been the other organization participating in the bidding for the news agencies, would be able to succeed in their purchase.

A spokesperson for Tribune Publishing Co., Dana Meyer, also argued against the Justice Department’s claim in pointing out that, organizations like those being purchased here, are “living in a time capsule.” Meyer explained it has not been competition from the LA Times that has caused the Orange County Register to go into bankruptcy. It has been advances in technologies, such as the iPad and iPhone, that allow people to more easily access news online rather than through subscriptions with printed papers. Meyer also argued that the Justice Department is ignoring the fact that via modernizing of these newsrooms, they would become more efficient, more productive, and attract better advertisers. She says that the entire print newspaper industry has “struggled” since the internet has become popular and that this is just the next step in advancing the industry.

An antitrust law professor at Chapman University, Tom Campbell, explains that the best way to reach local readers is to provide a local printed newspaper. Campbell also argues that the change in advertising is a serious problem. After consolidating the newsrooms, the price of advertising will certainly go up, but he thinks that content of the advertisements will change as well, and this will reflect a separation from the community. Countering this point, from the University of Southern California’s School of Journalism, Gabrial Kahn says that he does not believe that when a paper entertains a purchaser in an effort to retain readers and get better advertisers, “it would constitute a monopoly.”

Judge Birotte seems to think that the Justice Department has “merit” in its pursuit of blocking Tribune Publishing Co.’s purchase of Press-Enterprise of Riverside and the Orange County Register. The evolution of the newspaper industry has been fast and there are strong arguments on both sides. This case could set a precedent in the way that future news agencies develop within this dynamic industry.