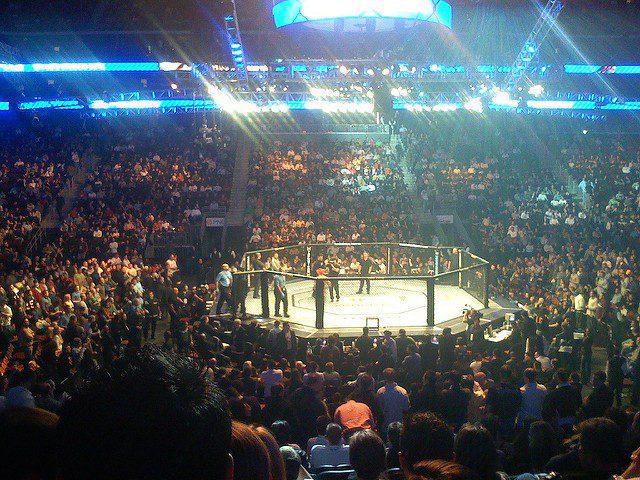 Miesha Tate, 29, defeated the defending UFC Champion, Holly Holm, 34, on March 5, 2016, at the MGM Grand Garden Arena, in Las Vegas, Nev. Tate won by submission in a rear-naked choke hold in the fifth and final round of UFC 196.

Round 1 was used as a trial round where both fighters kept their distance. They tested each other and landed few kicks and jabs.

Round 2 set the tone for the fight as Tate unsuspectedly caught Holm off guard in mid-kick and took her to the ground for approximately three minutes. Holm was able to escape the choke-hold before time ran out.

Round 3 was when Holm took the opportunity to re-set. Holm became very cautious and became more aggressive. She landed a number of jabs and kicks on Tate and arguably won the round.

Round 4 consisted of another takedown attempt by Tate. Holm escaped again, and once she was able to get back to her feet, Holm was able to land well-placed punches and kicks.

Round 5 was the ultimate test for both fighters. With less than two minutes left in the fight, Tate timed a perfect opportunity to take Holm onto the ground. She held Holm in a standing choke hold, and although Holm was able to flip Tate onto the ground, she maintained her choke hold around Holm’s neck and wrapped her legs around Holm. This secured Holm and forced her to tap out.