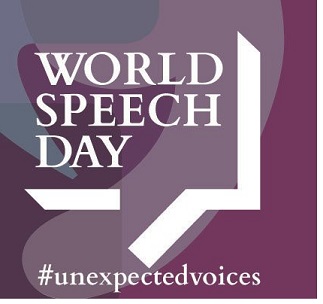 March 15 is being recognized around the globe as World Speech Day. It is dedicated to celebrating short speeches and speech making with a host of live speaking events throughout the day. Speeches will take place in colleges and schools, university chambers, community halls, parks, museums, parliaments, and cafés. Each event has a host who was instrumental in gathering an audience and inviting speakers. The short speeches should involve helpful ideas for people to join forces and make the world a better place.

The worldwide celebration was engineered by Simon Gibson, a professional speech writer, with an emphasis on the premier event being composed of ordinary or unknown people with “unexpected voices.” Gibson stresses that great speeches, as most feel, are not always given by well-established western orators. Time and again, the course of history has been changed by the right speech at the right time. When sharing his vision for World Speech Day, Gibson said:

Ultimately it’s about hoping that we’ll get unusual ideas. We believe that you release people’s ideas best in asking them to make a speech. In the act of speaking, ideas crystallize.

There are hundreds of events planned from South Africa to Australia, the Caribbean to the Philippines, and the USA, Canada, Middle East, Russia, and Europe. World Speech day is open to everyone who has a voice and wants to share it. The vision is focused on reaching out to those who are unknown, just one day, worldwide at thousands of speaking events centered on the theme A Better World. Videos can be seen on the live stream and uploaded to all social media platforms by using the hashtag #unexpectedvoices.

Creators of this day believe in the potential of all humanity and from unexpected voices, some remarkable discoveries can be heard. World Speech Day was designed to release this power… through speeches on March 15, 2016. According to the organization’s website:

World Speech Day is a not for profit organization, founded in the belief that speeches change the world, most importantly your world.

We believe in human potential. We know progress is never linear. It is unpredictable and gloriously so. From new and unexpected voices will come discoveries that can help a school, a community, even a country. Small voices add up.

Participants of the events include unknowns from all races, ethnicities, ages, religions and genders. It is an all-inclusive attempt to make the world a better place. Thousands of speeches will be captured on video using any

available equipment. Many will be done simply and cheaply with the use of cellphones across the globe. Some videos have already gone viral and attracted millions of hits on World Speech Day’s YouTube channel. The goal is to gather ideas for a better world on a variety of platforms which are open to everyone and free of charge.

Words are the most powerful force available to humanity. They possess the undeniable power and energy to heal or help as well as harm, humiliate, hinder and hurt. One of the strongest signs of an ethical life is right speech. Considering the powerful force of words that are uttered, World Speech Day is the perfect opportunity to put them to use in hopes of making a better world. It is not too late to join one of the events already in progress or to upload a personal speech to social media using the hashtag #unexpectedvoices.