Tom Jones Files to Run for the United States Senate 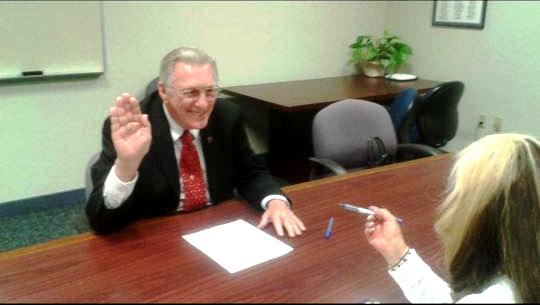 He is running for the open Senate seat occupied by Harry Reid, who has indicated that he will not run again. As an Independent American, he will be automatically included in the General Election. There is not a Primary Election for Independent American candidates.

Thus far, 11 candidates have filed their intent for the seat. Joe Heck and Catherine Cortez Masto are also expected to file. In addition to Jones, three other Independent candidates have already filed, so the General Election in November will have at least 6 candidates.

Jones is Pro-God, Pro-County, Pro-Family, and Pro-Constitution. He is against tax increases, illegal immigration, and “Big Brother” government.

His main objective is to “Resurrect America” by bringing God back into our country, and asking voters to “have the courage to risk their vote.” 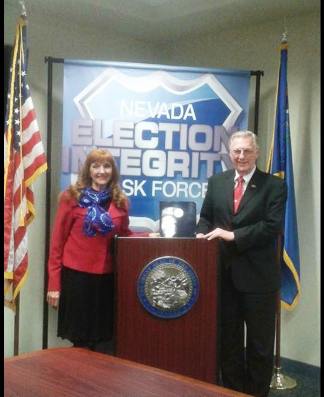 Jones’ message is that our country was founded on Judea-Christian principles and we must return to these principles to save our nation. When the Supreme Court issued the ruling that there should be a separation between the State and Church, it opened the door to remove God from our country. This intent of our Forefathers was to prevent the State from interfering with the Church. It was not to prevent the Church from affecting the State.

Since that opinion, the Supreme Court has removed prayer from our schools, allowed abortions, and re-defined the definition of marriage, which is a religious institution. The wall of separation in a one-way direction, which prevents the Church from affecting the State, but allows the State to restrict the Church is unconstitutional.

Our morals have deteriorated until we have none. There is no right or wrong anymore. As the Nike slogan says, we “Just do it.”

Jones points out that our Congress had a 15 percent approval rating in 2014, and yet, 80 percent of them were reelected. In Nevada, 78 percent of the voters rejected a “Margins Tax.” Six months later, the Nevada Legislature renamed it the “Commerce Tax,” made a few changes, and passed the largest tax increase in Nevada history.

We must send a message that we will not elect anyone who violates their oath of office or breaks their campaign promises. We must have the courage to risk our vote.

In the last two months, polls show that he has gained 2.2 percent, despite the fact that his campaign is just starting. Furthermore, more people are volunteering to help with his campaign, so Jones should continue to gain momentum.

With all the attention this race will have, it will be interesting to see the reaction of the voters to Jones’ message. If people respond to his call to have the courage to risk your vote, he will be a serious contender in this race.

Opinion and Blog by Tom Jones
Edited by Leigh Haugh