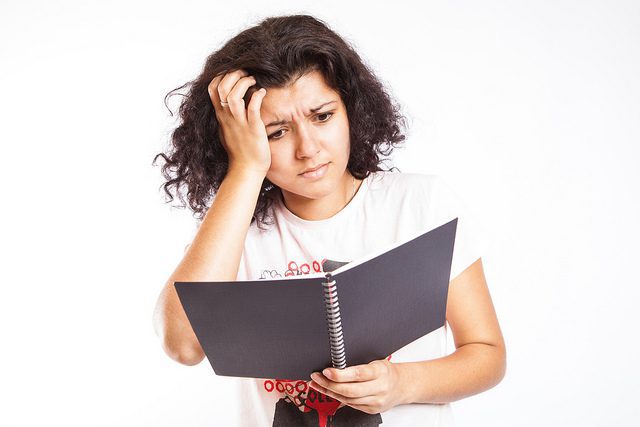 Those plagued with allergies, sleeping problems and other regular ailments take comfort in the numerous pills out there, many of which no longer require prescriptions, to staunch the symptoms. Additionally, it is common knowledge that all drugs have side effects, ranging from drowsiness to scarier, “rare” possibilities. However, a new study shows that some of the common drugs people take with little hesitation help on a short-term basis, but they may hurt the brain on a long-term basis.

While advertisements advertisement for all prescription medications on television (and in print) feature a litany of warnings that most audiences generally ignore. But, the study conducted by researchers at the Indiana University School of Medicine seems to indicate that maybe they should be scrutinized before popping medications, particularly anticholinergic drugs such as brand names Benadryl, Dramamine, Unisom, Altropen, Robitussin and Wellbutrin..

Anticholinergic medications are a class of drugs that block some neurotransmitters in the central nervous systems and fibers in peripheral nerves. The drugs affect a chemical called acetylcholine in the nervous system to relieve unpleasant symptoms for many ailments. That is why they are so effective in treating serious respiratory problems ( such as bronchitis, asthma and chronic obstructive pulmonary disease, various gastrointestinal problems, insomnia, motion sickness and vertigo.

The research team unearthed further evidence that those medications do not merely help with the intended conditions or, on a short-term basis, make someone drowsy, a little foggy or somewhat dehydrated. The study showed that over time the drugs affect brain sizes, metabolism and more. Evidence is that long-term use can be dangerous and can result in cognitive impairments, vision disturbances or an increased risk of dementia.

The study, detailed in JAMA Neurology, involved 451 older adults with an average age of 73, including 60 who had been taking at least one anticholinergic drug for over a month. None of the participants had been diagnosed with Alzheimer’s disease or dementia.

The researchers reviewed brain scans and cognitive test results from the group to try and identify any physiological changes that could be associated with the reported effects. They also looked at PET scans to gauge brain metabolism and MRI scans to look at brain structure.

The tests showed distinct differences in the results for those who used anticholinergic medications regularly versus those that did not. The cognitive tests showed those taking the medications did not perform as well on memory and problem-solving tests. Furthermore, the brain scans of the anticholinergic drug users showed lower levels of glucose processing in the brain, which is a brain activity indicator, in the brain section tied with memory and early signs of Alzheimer’s disease.

This builds on a 2013 study by scientists conducted at the school’s Center for Aging Research found that drugs can cause cognitive problems when used continuously for a period as little as 60 days. However, some of these medications are used regularly for years.

The studies do have limitations in the number of participants taking the anticholinergic drugs and their recollections about drug use. They also do not prove the medications caused the differences, just that there seems to be a strong correlation between the usage and noticeable differences in brain activity.

Further research needs to be conducted on these commonly prescribed drugs to weight the benefits of their help on a short-term basis versus potential long-term hurt to the users’ brains. It is also not clear if the effects are permanent. So, while users cannot assume they will have problems, they might want to take a longer look at the information on known side effects.

One Response to "Common Drugs Help Short-Term, but May Hurt Brain Long-Term"