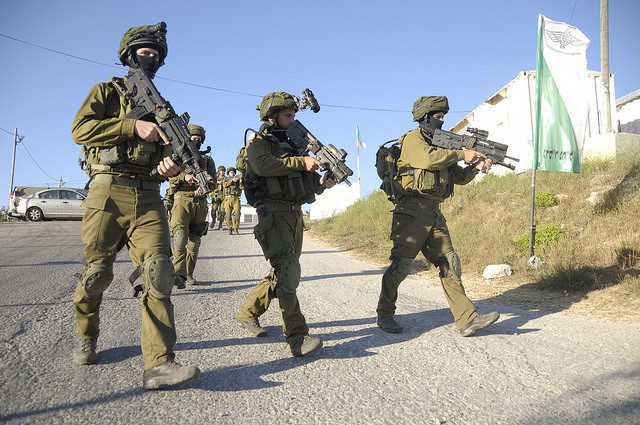 A group of officers in the Israeli Defense Forces (IDF) have been reprimanded for neglecting a Palestinian in need of medical attention. In addition, another officer is under investigation for the alleged execution of a wounded man lying on the ground. The incidents took place in the city of Hebron, during the week of March 21, 2016. A video surfaced showing the soldier shooting a defenseless man point-blank in the head. There has been a surge of outcry on both sides.

Over the last six months, Hebron and the areas that surround it have been a bed of violent conflict. Clashes between Palestinians and the IDF have become increasingly frequent. The Times of Israel reported 29 Israelis and four foreign nationals have been killed in the fighting. During the same time, 207 Palestinians lost their lives, a third of which were civilians.

During the week of March 21, controversy exploded when a video surfaced showing a Palestinian lying on the ground, wounded, and an IDF soldier walking over and firing a shot directly into the man’s head. In a later video, taken shortly after the first, another soldier is seen shaking hands with a member of the crowd.

When one views the video, it appears to be murder, but this clear-cut case of homicide is more convoluted. The Palestinian in the video was part of an altercation where he and a fellow assailant stabbed an Israeli soldier. After a group of IDF officers quelled the threat of violence, the Palestinian man was left on the ground. According to the Jewish Telegraphic Agency, there was shouting in the crowd that the wounded man had an explosive device and was going to use it.

The IDF has taken action to reprimand the three soldiers who did not treat the wounded man. They are also looking into the alleged execution. The officer who fired the shot is now being investigated for murder and was not present during the initial incident. He arrived a short time later with another unit.

Actions were taken immediately by OC Central Command Maj. Gen. Roni Nouma, who ordered an investigation into the killing. He found that the soldier who fired the shot was not doing so under orders. Instead, he was acting on his own volition.

According to a report by Haaretz, Chief of Staff Lt. Gen. Gadi Eisenkot said that while the Army stands by its soldiers and understands mistakes made in the heat of battle, “[They do not stand] for behavior that is unacceptable and at variance with the army’s values.”

Prime Minister Benjamin Netanyahu and his Defense Minister Moshe Yaalon, have spoken out against the killing. According to the Jewish Telegraphic Agency, Netanyahu stated the soldier’s action, “Doesn’t represent the values of the Israeli Defense Forces.”

The three other officers reprimanded were a major and two platoon leaders. Colonel Guy Hazut, who is commander of the Kfir Brigade, ordered the soldiers to be reprimanded because they neglected their duty to tend to the wounded Palestinian.

Palestinians have lobbied to a higher authority, fearing Israeli justice would be skewed toward one of its own. A top aid to Palestinian Authority President Mahmoud Abbas submitted a request for a U.N. investigation. The request stated that 207 Palestinians have been killed by IDF forces and that an international intervention was necessary.

By contrast, a recent poll for Israeli Channel 2 TV News indicated that 57 percent of those asked found no need to investigate the IDF soldier for murder.

The Israeli Defense Forces have taken action against the alleged execution of an unarmed Palestinian and they have reprimanded three more soldiers who neglected their duty. Prosecutors for the IDF have filed murder charges against the soldier who allegedly murdered a defenseless Palestinian. Their case relies on the fact that the Palestinian man was no danger to anyone, at the time of his death. The Palestinians are petitioning for an international intervention and await the response of the U.N.