Justin Bieber Is Trying to Make a Comeback 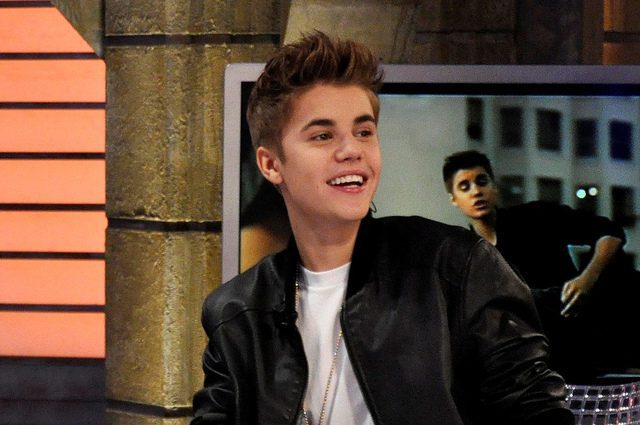 It appears that Canadian singer and songwriter Justin Bieber is trying to make a comeback. The return is not necessarily in song alone, but in his on-again, off-again love life with Selena Gomez. The 22-year-old had once before been romantically linked with Gomez; to the point where tabloids gave them the moniker, “Jelena.”

The artist began his 58-city “Purpose” world tour in California. While styled as a world tour, it travels only to the United States and his home country of Canada. On March 23, 2016, while in Los Angeles at the Staples Center, Gomez attended his performance.

E! Online reported as an exclusive that an inside source said, “Justin wanted to rent out the Staples Center after his concert to do a repeat date night screening of Titanic for Selena because he is trying to get back with her.” This date night never got off the ground, apparently because of a mood swing that he underwent. The shift in mood reportedly stopped him from fully completing his act. He was also performing while lying on the stage doing nothing, including not singing, while the music for the set played on.

Whatever the reason for her attendance at his concert, Beiber’s plans involving the two of them for after the performance was over. US Weekly reported on March 30, 2016, that Gomez and the 24-year-old singer of See You Again, Charlie Puth, are actually getting together.

The Canadian songster previously released 10 albums and 23 singles and EPs, but only recently won his first Grammy for the album Purpose. The album gave rise to three No. 1 singles. Lying on his back and not singing while in a concert, at a time when he is seeking to re-establish his credibility, does not suggest that Bieber is earnestly trying to make a comeback in his music either.

This did not stop the young artist from getting into a different swing of sorts. Kim Kardashian and husband Kanye West, while enjoying the end of the three-night run of appearances in L.A. by the young singer, met up with him at the Warwick night club. The group was later joined in celebration by Kardashian’s sibling Kourtney Kardashian, with whom the young singer also carried on a while back.

Another Kardashian sibling, Kendall Jenner, was also in attendance at his moody performance. She had previously been involved with him in a dalliance. Bieber has never been married but reportedly has been in 27 celebrity relationships, averaging out to less than one year for each since his birth. Some of these interludes included involvements with model Hailey Baldwin, singer Jasmine Villegas, and model Adriana Lima.

His tendency for seeking out different relationships also appears to carry across to other activities far from the mainstream. Before he turned 20 and while in Brazil, a young Bieber was photographed visiting a brothel. He had painted graffiti on private property. More than two years ago, CNN reported that Miami Beach police arrested him for drunk driving while he was allegedly street racing. His escapades also included kicking a member of the paparazzi and abandoning his pet monkey at an airport in Germany. Although Bieber is trying to make a comeback, it appears as though it, and the hopes that might be tied to it, remain in doubt.

3 Responses to "Justin Bieber Is Trying to Make a Comeback"