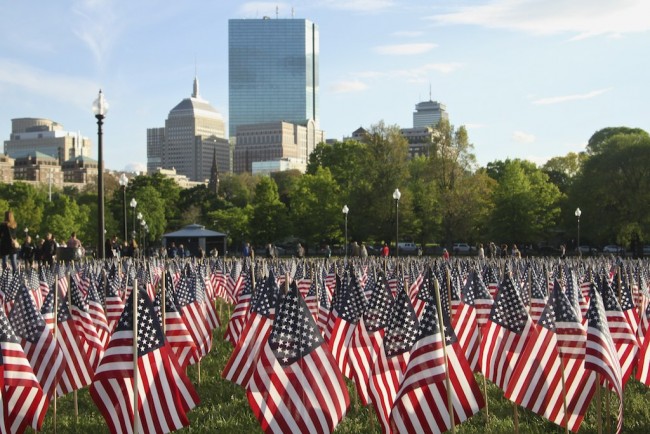 Terrorists were indicted in Massachusetts on April 21, 2016, for planning to commit terrorist acts.

David Daoud Wright, 26, of Everett, Massachusetts, and Nicholas Alexander Rovinski, 25, of Warwick, Rhode Island, were arrested when crossing national boundaries on Thursday. The two men are accused of planning to supply physical support to The Islamic State of Iraq and the Levant (ISIL).

The two men are charged with conspiring with one another, as well as, other unknown and known individuals leading to the men being indicted for planning to commit acts of terror. Wright’s uncle Usaamah Abdullah Rahim, 26, is one of the known co-conspirators.

According to the indictment, in February of 2015, Wright pledged allegiance to ISIL and began recruiting members. Wright was leading the terrorist plot to carry out ISIL’s call to kill non-believers in the United States with Rahim and Rovinski. It is not clear if these acts were only planned to be carried out in Massachusetts.

By March of 2015, Wright developed organizational documents for what was referred to as, “Martyrdom Operations Cell” and began searching the internet for firearms and information on how to effectively subdue people.

Rahim was in direct contact with ISIL members overseas, according to information written in the indictment. The two men charged, planned to commit terrorist attacks killing people inside the U.S. on behalf of ISIL.

There are no details on the whether Rahim will also be indicted. More information will be posted as it becomes available.