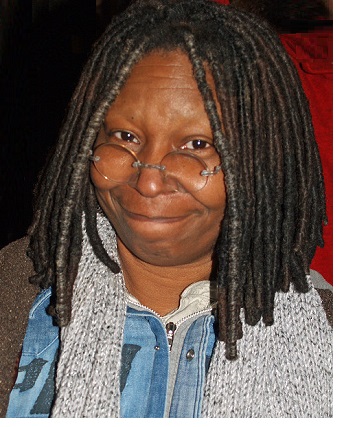 Whoopi Goldberg is seeking to empower women with the launch of a line of medical marijuana products aimed at relieving those who suffer from menstrual cramps. She has joined forces with one of the leading “canna-businesswomen” in the industry named Maya Elizabeth. Maya and the comedian will offer THC-infused bath soaks, topical rubs, tinctures and cannabis edibles. The bath soak has claims of providing a “profoundly relaxing” experience.

The View co-host has been open about her use of medical marijuana in the past. Whoopi boasted of the love of her Kush-filled vape pen in a 2014 article in The Cannabist. She credited the marijuana with providing headache relief without the need for a daily dose of Advil. The Color Purple actress said:

I want to create a product for women that was discreet, provided relief, and wouldn’t leave you glued to your couch. For me, I feel like if you don’t want to get high-high, this is a product specifically just to get rid of the discomfort.  Smoking a joint is fine, but most people can’t smoke a joint and go to work.

With the new line of medical marijuana products, Whoopi said it can be discreetly kept in a women’s purse. While at work, the user can rub it on their lower back and stomach and after they return home they can soak or make tea with the product while continuing to be productive throughout the day. Although the U.S. Food and Drug Administration (FDA) has not approved the plant known as marijuana as a medicine, many people have testified of its benefits.

The medicinal benefits of cannabis are old news to many subscribers. It has been in use for thousands of years, however, modern research is now documenting its purported therapeutic benefits. From treating epilepsy to use as a cancer treatment, calming the elderly in residential care facilities, and people suffering from PTSD, valuable research is finally being done to support user’s claims. Whoopi wants to empower women with its benefits by launching a line of medical marijuana products aimed at relieving those who suffer from menstrual cramps. 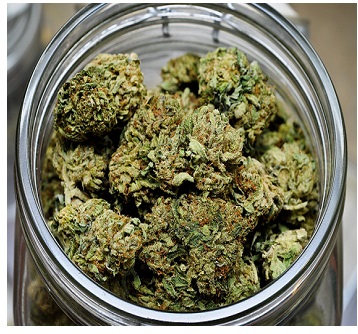 The attitude toward the potential for medicinal marijuana is changing among physicians and the general public. Modern research combined with the historical use of cannabis are the cause for the shift in perspective. The influence from the legalization of marijuana in Washington and Colorado have played a great part in the advancement for medical use. More and more people are seeing with their own eyes remarkable therapeutic results of medicinal use of cannabis.

The comedian’s line is scheduled to be released in California this April. Whoopi stands by her product and prefers it over painkillers for headaches. She says the packaging from her new line of medical marijuana will reveal exactly what the included ingredients are. For any people who are interested in the product but not the high associated with marijuana use, Whoopi & Maya will also include products with only cannabidiol (CBD). This lacks the euphoric effects commonly associated with marijuana.

Whoopi Goldberg is excited to announce the partnership with Maya Elizabeth in her efforts to empower women with the launch of a new line of medical marijuana products aimed at relieving victims of menstrual cramps. Medicinal marijuana has many known benefits and the host is happy to provide a discreet line of comfort to women, such as her grown granddaughters, who suffer from severe menstrual cramps.