Zuma and ANC Rotten to the Core 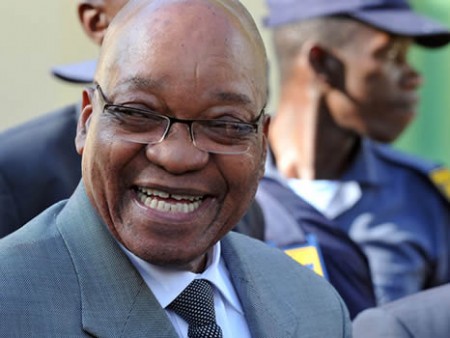 Jacob Zuma the president of South Africa and the African National Congress (ANC) are rotten to the core, said Mmusi Maimane the leader of the Democratic Alliance (DA). During an impeachment debate, the opposition parties collectively stood against the ruling party. Following the Constitutional Court judgment against Zuma, the opposition parties failed to have the president impeached. It was to be expected; the ANC will use every trick to stop attempts to dethrone Zuma. Zuma is a dictator protected by a deceptive parliament who is there for only one reason, and that is self-enrichment.

The debate in parliament showed that South Africa is not democratic and that the constitution is not respected. MP’s played games in parliament yesterday against a party entrenched under the power of Zuma, who merely offers support no matter what the consequences are. The ANC are all implicated despite a lost soul here, and they are shouting foul. The entire actions by the ANC, a bunch of transparent clowns who were merely window dressing and those who dare cross swords with Zuma will be replaced. Corruption and arrogance describe the leadership of the ANC, and it is the praise singers who defend Zuma all the time. The ANC is morally and ethically bad.

Opposition party MP’s conducted the speeches with dignity and surprisingly Julius Malema, the leader of the Economic Freedom Fighters (EFF) spoke sense. Malema called the ANC members a bunch of “voting cattle.” All opposition parties have realized the need to stand together to counter the laughing president of South Africa. Zuma was never fit to hold office from the onset. Maimane and Malema appealed to the integrity of Cyril Ramaphosa and other ANC senior leaders to uphold the constitution and yet the ANC voted to keep Zuma in power.

The ConCourt did not say the president seriously violated the constitution. However, it is up to parliament and not the court to establish a serious violation. The ANC members have been locked into a debacle, and many senior ANC members realize the seriousness of the ConCourt ruling coupled with other serious transgressions that have eroded the moral and ethical authority of the head of state and want the president to go. Many pressing issues like the Guptas involvement of state capture are still debatable, and other matters relating to the President’s incompetence have not been proven. It is parliament that needs to establish the seriousness of the misconduct and misleading parliament to hide a benefit from state expenditure amounts to a serious offense. Parliament did not establish a committee to look into the history or context of lies and obfuscations by the president and make a right determination. Although the court pronounced that Zuma had violated the constitution, it is still parliament that needs to implement action against the president.

Now it will be the united front of the opposition parties appealing to the public to take decisive action and vote Zuma out of power. The people will have an opportunity to see the true colors of the ANC and make a choice between national or selective interest. The people will have to decide on whether to continue living in poverty and keeping a select few ANC members in power. The public has the authority to change South Africa.

It was to be expected that the ANC would not impeach Zuma and now it will make it easier for the DA and other opposition parties to win the upcoming municipal elections. Maimane will have the last laugh when the ANC lose seats in parliament and prove how rotten to the core the ANC are.