Bernie Sanders Is the People’s Front-Runner 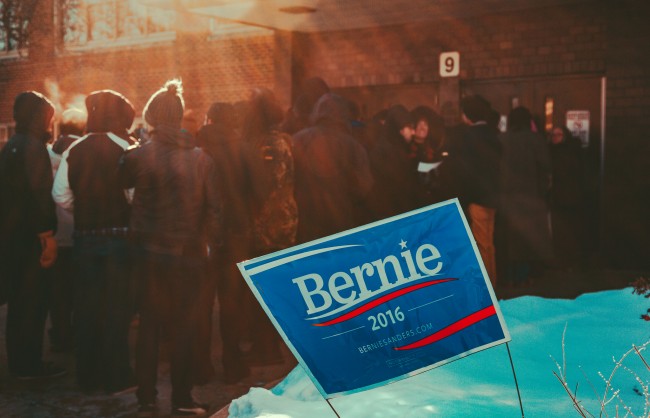 Bernie Sanders is the people’s front-runner – a man with a heart who is on a mission. With the presidential candidacy in full swing, voters forget for whom they intended to vote and end up voting for who is more popular. Running for president should never be a popularity contest. It should always be about who is best for the issues at hand and how they can benefit the United States. One scenario this election season may have voters weighing those factors when deciding between Sanders and Donald Trump. If so, an examination of both candidates’ histories could prove useful.

After weighing in on the issues, it should be clear who is more qualified to run the United States, and who is running for president because it is some popularity game. Sanders is a president for the people. He has been a man on a mission for the commonwealth of the people of the United States from the very beginning.

Sanders cares that the people of the U.S. have a place to live, doing his best to do so by enacting an act to help the poor with houses to live in. Trump resides in $1,000 per night hotel rooms and thinks that trashing another person is okay.

Sanders creates a registry to help doctors find important research in the fight against cancer. Trump attacks an Indian tribe, accusing them of not looking Indian enough.

It is clear who should be a front-runner and who should not even be running. There is no telling why some think that Trump would be the better president vs. Sanders. Reviewing differences of the two candidates should help to put things in better perspective.

3 Responses to "Bernie Sanders Is the People’s Front-Runner"