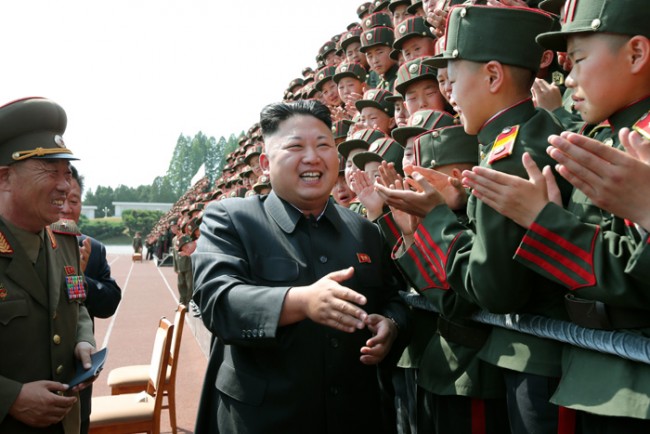 Kim Jong Un, North Korea’s leader, was given a new title May 9, 2016, during the country’s first congress in over 36 years. Kim was named party chairman; the move demonstrates the authoritative nature of North Korea’s legislature, according to “The Washington Post.” Kim’s new title was announced during the first public meeting of the congress, which lasted about 10 minutes.

The North Koren government allowed about 100 foreign press members to attend the ceremony. The initial session of congress was held on Friday, May 6, 2016. There were no foreign media allowed during the Friday session. The members of the media were permitted to view the proceedings at the April 25, House of Culture, where the congress will meet in the future.

This move further puts Kim front and center as North Korea’s only authority. The North Korean Congress applauded the young dictator for his achievements specifically, calling out his progress on North Korea’s nuclear weapons effort. The parliament also made economic promises for a better quality of life for its citizens.