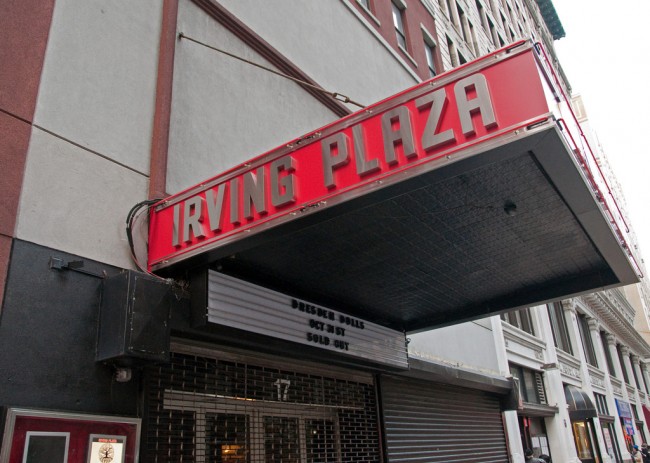 There was a shootout on the night of Wednesday, May 25, 2016, at around 10 p.m. EDT, as reported by Dave Carlin for the CBS News affiliate in New York. The incident took place during hip-hop artist T.I.’s performance at a concert at Irving Plaza near Union Square. Multiple blocks around the scene, including a major section of busy 14th Street just to the south, were cordoned off while police worked the crime scene.

The shots, which were fired in the 1,200 seat venue at the time of the concert, reportedly left four people injured. Victims include a 34-year-old man shot in the chest, a 33-year-old man who was shot in the abdomen, a 26-year-old woman who was wounded in the left leg, and another unidentified person.

The first three shooting victims were taken to Bellevue Hospital Center in an ambulance that was seen leaving the scene at around 11 p.m. Both men were reportedly in critical condition and most likely to succumb to their wounds, but the woman is expected to survive.

The fourth victim, whose condition is still unknown, managed to reach the NYU Langone Medical Center on his or her own.

UPDATE: 11:59 p.m. CBS News has changed their report to indicate that there is one dead and at least three wounded as a result of the shooting. The name of the deceased has not been released. The police have made no arrests.

This is a developing story, and Guardian Liberty Voice will continue to provide updates as they become available.

CBS New York: At least 4 wounded in Shooting During Concert at Irving Plaza