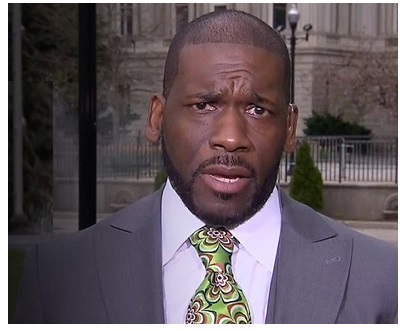 I am writing to you on behalf of thousands of people who have supported your ministry through it highest moments and as well as valley experiences. Many have stood with you and you endured one scandal after another and even now, some will continue to do so after this most recent allegation. One thing that is certain, when you have been blessed to speak to the multitudes and stand on the platforms that have been afforded you, there is no such thing and processing in private. Your life is an open book.

We all have fallen short many times, and for this reason, it has been easier to endure your frailties as a man. However, at some point as God’s messenger and mouthpiece, those who feel called to bear that responsibility must be held to a higher standard. Yes, the Bible says that all have sinned, but that is in reference to our nature as humans, and should never be used as a “free pass” to live as you please.

Although your temptations and apparent struggles do not negate the anointing, your continued submission to them suggests that a different set of consequences need to occur. In 2008, as you endured a public divorce amid allegations that you had fathered a child with a member of your congregation while yet married, many stood with you. Not just because you were young, charming and charismatic, but because they believed you understood the weight of your actions and were actively seeking deliverance… Not just to be a good pastor, but a better man.

However, amid the controversy, you stood behind the “sacred” pulpit as arrogant as ever and preached, “I’m the Man!” Using the story of Nathan as he confronted David about Bathsheba, you seemed to justify that you are “still the man.” Interestingly, the message began in 2 Samuel verse 7, which reads:

You are that man! The Lord, the God of Israel, says: I anointed you king of Israel and saved you from the power of Saul.

What was most baffling to many within the Christian community is although the opportunity was ever-present, you did not even bother to deal with verse 13. At least, during this particular story of David, he had the decency to confess that he has sinned. This would have been the perfect opportunity to acknowledge a remorseful heart, even if you had already confessed to God, you owed it to the people you had been entrusted to lead. Oh and don’t forget the others who were watching from afar because as a televangelist, you have been privileged to speak into their lives as well.

You said during a 2013 interview with Roland Martin that you were thrust into the limelight. Whether by force or because you sought a greater platform, the platform was and is still yours. You must understand how hypocritical is it is to the world and social media as your stage to shine when “all is well” and then attempt to pull the “privacy” card whenever a scandal arises. 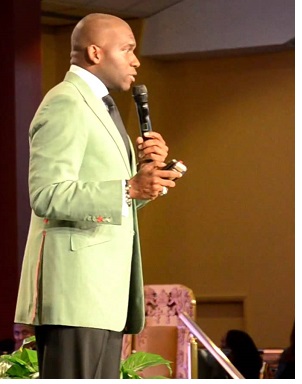 As a trailblazer in an era where people are clamoring for leadership, you must now understand the weight of your actions. Not just as a man, but as a public and outspoken male figure in Baltimore where murder, prison and absentee fathers continue to leave a vacuum. While I am not condemning you, I am asking for greater responsibility for your public aspirations.

While I support utilizing your gift in the midst of stormy weather, let’s be honest, there comes a time where the crap pile gets too high and it is time to retreat from the public eye and spend more time with the gift-giver. Thank God for grace and mercy, not just for you, but also for the rest of us who remain grateful for new mercies on a daily basis.

In the past when your name was included with varying allegations, you have either called out the news outlets or attempted to otherwise defend yourself. However, the latest scandal is proof positive that apologies need to be rendered and a sabbatical which will allow you to do the personal work necessary to become a better and more responsible leader. While it is a mere rumor that after learning of Latoya Shawntee Odom’s pregnancy, you asked her to abort the mission, had you been responsible enough to use a condom the outcome of the story could have been different.  Such irresponsible behavior adds insult to injury.

Given your past, there are probably many more women who would love to share in this accusation, but Odom had more than an allegation. She came forward with a paternity test result which read:

The alleged father, Jamal Harrison Bryant, cannot be excluded as the biological father of the child, John Karston Bryant since they share genetic markers. Using the above systems, the probability of paternity is 99.9999%, as compared to an untested, unrelated man of the Black population…

Pastor Bryant, this open letter is not an attack against you, nor is it suggesting that you never preach again. That would be ludicrous and a travesty with a gift a great as yours. However, it would undoubtedly be beneficial for you to fall back and work on yourself in order for a powerful comeback. You owe it to yourself, your children and those you have been graced to lead. You have a host of people who are rooting for you.

During a recent Periscope video you ended the public address, in which you neither confirmed nor denied the recent allegations, by saying:

Keep praying for me because unlike others, I actually need it. I appreciate it and I receive it. God ain’t finished with me. But when he gets through working with me I shall come forth standing right beside you.

Let’s face it, the Bible is filled with stories surrounding people who have messed up, gotten it right and gone on to do great things for the Kingdom of God. This open letter has nothing to do with “judging” you. The moment you accepted the call, you simultaneously agreed to a life that requires a higher standard.