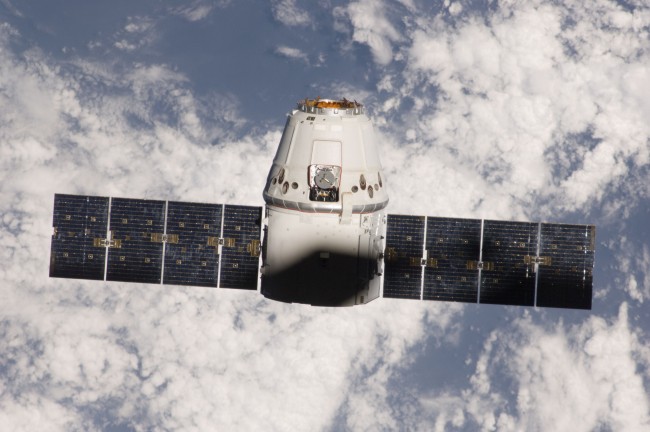 Millions of human beings wonder and wait to see what the next big step in human evolution will be. It can get scary to think that this is it; when earth dies, mankind dies. Before planet Earth explodes, freezes, or does whatever it is going to do to end life as humans know it, scientists scurry to find a way to colonize other planets. To figure out what can be done before that happens, mankind looks to the scientists of NASA and around the world to help guide them in the right direction before all is lost. One of those directions is SpaceX, who is well-known for sending reusable spacecraft such as the Dragon capsule into space, which was the first of its kind to do so in 2008.

Looking Into the Universe

Space is as much of a mystery to the human race as the ocean that spans most of the Earth they live on is. According to Cool Cosmos, the Hubble Space Telescope has looked as far as 10-15 billion light-years away, into the Hubble Deep Field. Four hundred years ago Galileo Galilei, who is not the inventor of the telescope, demonstrated the use of the telescope and how it worked to members of the Venetian Senate. It has been so many years since humans first started to look into the sky with mechanical devices to discover planets and stars such as planet Jupiter, which was discovered in early 1610.

The Cost of Making Mars Home

Elon Musk states that it will not be easy to make Mars home, but he has faith that the human race can do it with a few key technological advances. The first ditch effort would be to find a way to be able to fly the same rockets again, and again. According to Space.com, that alone would slash the cost of spaceflight by a factor of one hundred. Wow, a factor of a hundred, there is a lot of money saved in that alone. According to Trusted Reviews, SpaceX has had funding in recent months from Google Fidelity of $1 billion with SpaceX granting Google Fidelity less than 10 percent of the company.

Musk does not just say these things, he puts his company SpaceX to work at doing them, for example, Falcon 9, which currently costs $16 million to make, has had two orbital flights this year trying to land on an “autonomous drone ship” in the Atlantic Ocean. Unfortunately, both times were near misses hitting the target but teetering over with an explosion on the ship’s deck.

Imagine it, Earth 2022, human pioneers have been sent to probe the Red Planet for life and make sure it is safe for human occupancy. The new Powell Space Telescope was built by the SpaceX company in 2021. It can now see at a rate of 50 billion light years away. It has detected a cluster of fairly large asteroids that are headed straight at Earth. The government does not want to alarm the citizens of the world and chooses not to announce it… yet.

Mars As the Future Home for Humans

With SpaceX and its voyages into space, humans can only hope to colonize Mars in the very near future. Unlike NASA and other corporations owned by big wigs, SpaceX is privately owned by Musk. He is not only an entrepreneur but also has worked for PayPal and Tesla.

According to Space.com Musk’s vision of colonizing Mars speared him towards creating SpaceX in 2002, wanting to help make the human race a multiplanet species. As radical as this may sound it is a likelihood that it will be needed in the future to stop human extinction from happening.

Imagine it, Earth 2051, asteroids have been falling at a rate of one every week, or so. They are not large enough yet to do much more harm than about one or two miles across crater on the Earth’s surface. But they are not picky where they land, and 6 million people have died because of them in just the past six months. They have also taken out the White House, the Pentagon, and most of the cable, and wireless towers. The humans left cannot communicate with one another over long distances anymore.

As Musk states, in Science.com, “Mars colonization could be complicated by the discovery of indigenous life forms on the surface.”  His statement indicates that if there are other life forms on the planet, the human pioneers would need to be very careful, and stay safe from any harm that could be done to them. He does go on to say, “There isn’t any sign of life on Mars.”

He says that the underground of the Red Planet is more hospitable since any life underground would be protected from the radiation and cold environment that is on the surface of the planet. Hoping to be a key player in the migration of humans to the planet Mars, Musk goes on to say, “It will be super hard to do this, and it will take a long time,” speaking of Mars colonization. “I suspect I won’t live to see it become self-sustaining.”

Imagine it, Earth 2052, asteroids have begun to fall every day now. The last of the humans have boarded the Falcon 20 super shuttle, built by SpaceX in the year prior, taking them to Mars, their new home.

Ten minutes after take off the largest of the asteroids has made contact with Earth. The shuttle vibrates hard and is pushed forward away from the explosion of the now demolished Earth. The passengers are in awe of the planet’s pieces which are floating in burning heaps of rocks now scattered across the universe. But their new home waits with fabricated homes and newly growing crops. The future is upon them.

Trusted Reviews: What is SpaceX?
Universe Today: How Far Can You See in the Universe
Space.com: Now is the Time to Colonize mars, Elon Musk Says
ABC Space: What’s the Most Distant Galaxy a Telescope Can Detect?