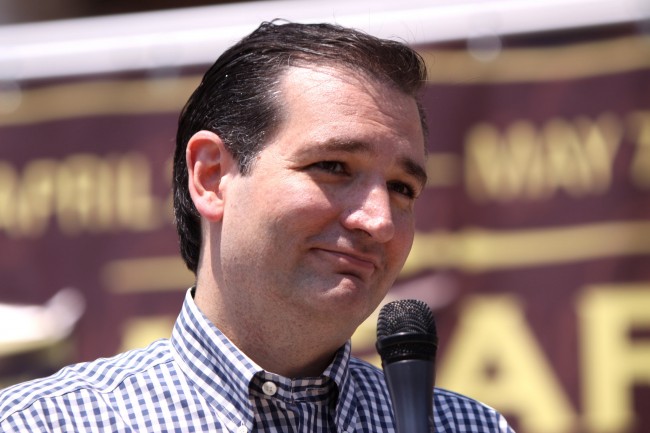 After projections had indicated Ted Cruz came in second in the Indiana primary on May 3, 2016, Cruz suspended his bid for the Republican presidential nomination. According to NBC News, Donald Trump was the projected winner and received over 40 delegates.

Cruz and Trump have exchanged barbs about everything, including one another’s families. After Trump had stated that Cruz’s father was associated with Lee Harvey Oswald, the Texas senator went on the defensive and called The Donald out for all of his negative traits. He exclaimed the front-runner was a narcissist, a “pathological liar” and worse.

Cruz had repeatedly stated he would continue to run his campaign until he deemed it fruitless to continue. In a move that reassured his supporters, on April 27, he named Carly Fiorina as the person to run on his ticket as the vice presidential candidate.

Reince Priebus, the chairman of the Republican National Committee named Trump the presumptive nominee. He stated in a tweet, the party needed to pull together so they could defeat Hillary Clinton.

NBC News reported, now that Trump is the only major candidate he will easily secure the 1,237 delegates he needs to win the nomination in July. Even with John Kasich remaining in the race, it is unlikely he will be able to block The Donald from securing the nomination.

One Response to "Ted Cruz Gets Trumped"