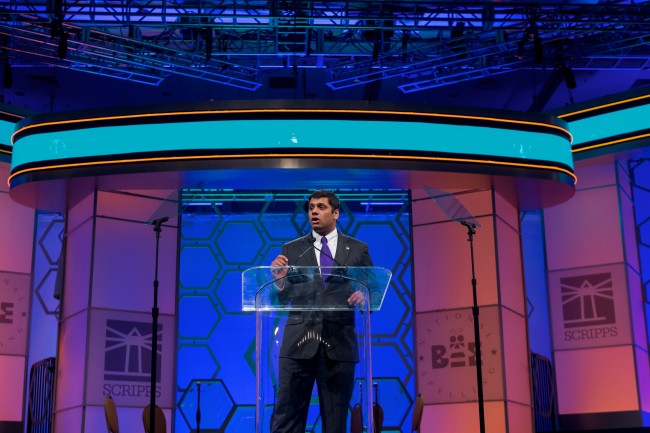 The 89th Annual Scripps National Spelling Bee ended in a tie on May 26, 2016, at the Gaylord National Convention Center in Maryland. According to the “Chicago Tribune,” the competition in the final round was ferocious, as the 10 finalists eventually became five and then two. This is the third year in a row that there have been co-winners. The 2016 champions were Nihar Janga and Jairam Hathwar.

All of the contestants were champions in their local bees and under the age of 15. In addition, as a requirement for competing, the student must not have completed the eighth grade. There are many other requirements that the youngsters must follow. The rules can be found on the Scripps National Spelling Bee website.

The preliminary events began on May 24, with all of the contestants taking a test. 284 spellers competed for the championship. Rounds two and three took place on May 25. At the end of round three, which was held in the afternoon, 45 contestants remained.

Early Thursday morning, May 26, those 45 competed for the win in the first round of the final. That number was decreased to 10. Those who remained met once again at 8:00 p.m. EDT. Of the 10 who advanced to the evening finals, two were crowned co-winners.

Guardian Liberty Voice will provide updates about the winners and the final words spelled by each contestant to win.