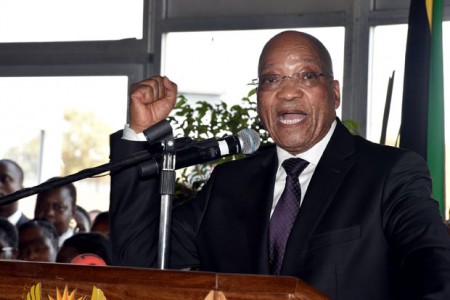 President Jacob Zuma will have a day in court and will face the 783 charges that were dropped by the National Prosecuting Authority (NPA) in 2009. The North Gauteng High Court found that the decision by NPA head Mokotedi Mashape to not take action against the president was irrational. The charges against the president are for corruption, fraud, and racketeering.

The Democratic Alliance (DA), the official political party of South Africa, has won on the merits of their case after a seven-year battle. The DA has brought justice to the country by fighting for the principle that no man is above the law. The leader of the DA, Mmusi Maimane, seems overjoyed that the courts will take action.

There are snags, however, as the NPA is wholly controlled by the president, making a possibility of undoing the ruling of the North Gauteng High Court not impossible. The possibilities of an appeal, sabotage, and anything in the power of the African National Congress (ANC) to delay action against Zuma are greater. The case could go to the Constitutional Court and that could take up to two years to finalize. The ANC has in the past protected the president and will continue to do so.

The South African judicial system has found Zuma to be unscrupulous in the past, and no action was taken by the ruling ANC party. The president has the protection of the entire party even if the country is burning under his leadership. The favorable ruling of reinstating the 783 corruption charges against the president will amount to pressure on the party to take action and get rid of Zuma. The question is whether the loyalists to the president will come to understand that Zuma is no exception and must face up to the consequences of his actions and then act upon that realization.

It would seem that the ANC has lost its way, and the moral compass is no longer hinged on honesty and integrity. Zuma has single-handedly destroyed not only the reputation of South Africa, but that of the ANC.  There was a time when the ANC had a strong reputation, but now it is thrown away over the selfish and greedy elite who continue to plunder resources for self-enrichment.

Not only are the DA leaders and supporters elated over the decision to prosecute Zuma, but the other political parties also seem to show delight in the court’s verdict. The Congress of the People (COPE) are pleased that attempts by the president to corrupt the justice system have failed, and the president will have his day in court.

The question that remains is whether South African voters will stop voting for the ANC.  There is now a good possibility that the upcoming municipal election will see a shift away from the ANC. A corrupt head of state is a serious issue and one that cannot be ignored. South Africa voted and cast their fate into the hands of a corrupt leader backed by the ANC.

The president will fight the charges and an appeal will end up in the ConCourt This will not happen until after the next general election in 2019. By that time, the ANC will have nominated a new president who will grant a presidential pardon to Zuma, who will then be able to retire with all the stately benefits allowed. Once again, the ANC and the president will outwit South Africans, who will ultimately pay for the mistake of voting for a corrupt party. Will the president stand up and admit that there is an evil under the sun and confess that it is time to stop the charade and resign? No, the president will not do that and will once again use the platform to declare the unfairness of the media or political parties attacking the ANC.

Will the ANC remain blind and support the president? Will the voters continue to vote for a corrupt party? Zuma is a disgrace to the country, and the ANC was well aware of the charges, yet decided to recall former president Thabo Mbeki and give the top position to Zuma. The choice the ANC made by choosing Zuma speaks to the absolute moral decay of the party.