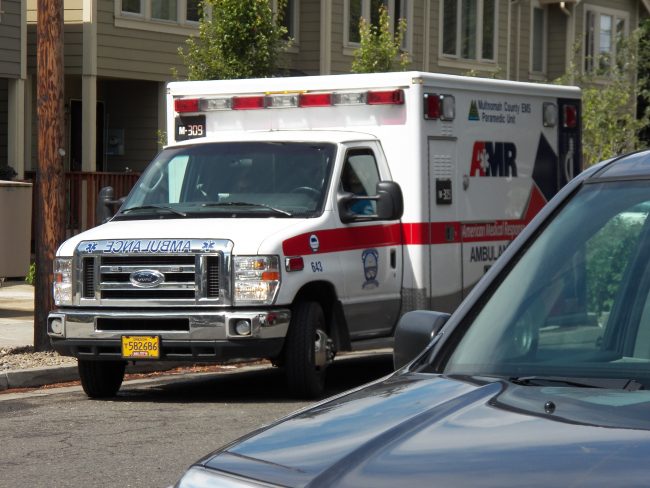 The Portland Police Department and American Medical Response responded to the scene of a 911 call that was made on June 14, 2016, at approximately 8:30 a.m. PDT. The caller indicated there was a man in their backyard, and he was yelling. The suspect was inside their shed, where he had barricaded himself, and threatened to shoot the police. The Special Emergency Reaction Team and Crisis Negotiation Team were dispatched to the scene. There was an ambulance on standby a block away from the site.

The Southeast Portland, Oregon, neighborhood, near SE Powell Boulevard and SE Rhone Street, was evacuated, and the streets were blocked off. At least 15 marked and unmarked police vehicles were present at the scene.

From the press vantage point, there was a sense of urgency as several officers converged. The representatives of the Crisis Negotiation Team were in the process of talking to the man. They managed to persuade him to surrender without incident.

The suspect was transported to a local hospital to be evaluated for possible mental health crisis issues. After he is assessed and treated, the police will make a determination about filing any criminal charges against the man. His identity was not released.

All Images Courtesy of Cathy Milne – Used With Permission