Hollah at Your Hip-Hop Granny! 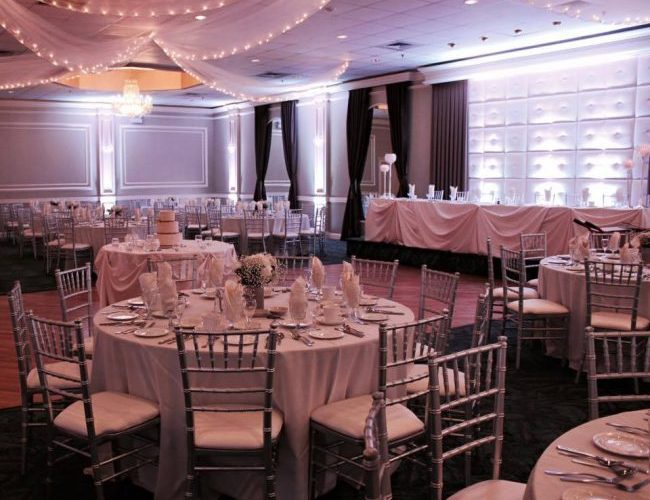 Saturday, June 11, and Sunday, June 12, was one hell of a weekend for one eighty-year-old great- grandmother. She started her weekend with the infamous Landis, the “Make-Up Artist to the Stars.” From 9:30 a.m. to 10:30 a.m., she went from “bow wow” to “meow.” After rushing home and changing from “Sin-derella” to “Cinderella,” by 1:00 p.m., she was seated at a table in the lavishly decorated Crystal Lights banquet room, celebrating her cousin, Cleveland Robertson’s, 90th birthday. Cleve, as many friends and family members affectionately call him, had a party befitting his mild-mannered, charming, and amicable personality. An avid golfer back in the day, over a hundred family members, friends, and past and present members of the Chicago Executive Golf Club gathered for a fun-filled afternoon.

For listening and dancing pleasure, music was provided by disc jockey Bill Roberts, better known as “Still Bill,” who has been in the entertainment business since 1971. A real treat was the performance of Chicago jazz singer Tammy McCann, who had just arrived back from a singing engagement at New York’s Carnegie Hall. Her renditions of “I Could Write a Book” and “Unforgettable” were highlights of the afternoon. After a short but sincere expression of love and appreciation by Cleve, a chair was placed in the center of the floor, and the guests surrounded him, singing “Happy Birthday” and showering him with lots of hugs and kisses. Still Bill turned it up with “Uptown Funk You Up,” and the guests hit the floor as he continued with “Do The Wobble.” Wow! What a party!

And listen – the 80-year-old wasn’t through yet! She rushed off to watch the 148th running of the Belmont Stakes; the final leg of what’s known as the Triple Crown. Her horse didn’t win (She had bet on Exaggerator, who took second in the Kentucky Derby and won the Preakness), but she had a great time jumping up and down and yelling for him to run faster. Believe it or not, she retired for the evening around 11:00 p.m.

Now you can disbelieve me if you want to, but Hip-Hop Granny was up and at ‘em bright and early Sunday morning. By noon, she had primped, patted, and connected the dots on her “A” face (I don’t think she washed it, because it still looked like it did when Landis finished), and was seated at a table once again in the lavishly, but differently, decorated banquet room at the Crystal Lights.

This time, she was an invited guest at the Metropolitan Cluster’s 20th anniversary celebration. The late “Defender” columnist Theresa Fambro Hooks was one of the founders. The Metropolitan Cluster is an organization of dynamic, Chicago-area African-American women of varying interests and professions that promotes and engages in educational, civic, and intercultural activities to enrich the lives of its members and the larger community, with special emphasis devoted to the development of youth into productive citizens.

As on Saturday, there was a meet-and-greet with an open bar. After the welcoming by the chairman, Mae Ruth Carr, a special greeting from President Denise E. Gresham Knox, and the invocation by Patricia Ann Stovall, lunch was served. The tasty meal consisted of that delicious celery/carrot soup, a fresh vegetable salad, ½ of a broached chicken seasoned to perfection, buttered rice, a vegetable medley, and fresh-baked rolls. Of course, there was cake for dessert. Glasses were lifted by all in a champagne toast to 20 years of service. Aretha Ryan Collins gave a verbal history of the club, and a short memorial service for the deceased members followed. One by one, members were introduced and awards were presented to five organizations.

In a most heartwarming way, the Clusters always close their program with the song “That’s What Friends Are For,” sung by the members as well as the guests. The words to the song are printed on the back of each guest’s program. Last, but certainly not least, DJ “Double R” turned it up with “Do The Wobble.” At 4:00 p.m., the 80-year-old rushed off to change clothes to attend the N’DIGO Foundation Gala 2016. Now, don’t ask how she was able to finagle a $300 ticket to the prestigious event.

But I can tell you that once at home, within 20 minutes, she had rummaged through her various (vintage) after-five gowns and found the perfect black- and silver-trimmed full-length gown and jacket. It took a bit longer to pull out several shoe boxes and choose the bare-back black-and-clear pumps.

By 6:00 p.m., she was entering the Logan Center on E. 60th Street, where she met with her benefactor, who, by the way, was in attendance at the two previous events. She was then introduced to highly acclaimed Chicago fashion designer Quinton de Alexander, who ended up being her escort for….the most part of the evening. As Quinton took her around, she partook of the exquisite cuisine and, of course, the ever-present open bar. She was privileged to be introduced to the honoree; CPS’ teacher’s union president, Karen Lewis; and Darnell McHaskell, owner and producer of the newly advertised, smooth-tasting Chicago Vodka; posing for photos with all of them. Other familiar faces: Dr. Wayne Watson and Pastor John Hannah, who was also an honoree.

Entertainment for the evening was presented in the 475-seat theater, which was nearly full. Several awards and college scholarships were presented by the CEO and founder of N’DIGO, Hermene Hartman, looking elegant in a sexy, soft blue draped-back gown. Zemrah, an acclaimed Chicago jazz artist, did not disappoint the audience. Her rendition of Marvin Gaye’s “What’s Going On,” was a showstopper. Zemrah was followed by Kurt Elling, often referred to as a modern-day Frank Sinatra. The entire event was well worth the price of the ticket.

Then there was the after-party and, I kid you not, the 80-year-old great-grandmother was right there, hanging tough, doing the Wobble in a sitting position. At around 11:30 p.m., she wobbled on home. If you ask me, I’d say she will be through for at least a week, or…..will she?

I guess you know by now that I am that 80-year-old great-grandmother, often called Hip-Hop Granny. My benefactor, who I spent the entire weekend with, is none other than Cynthia Ellis, whom I blame for the malfunctioning, aching, and paining of every part of my body.

One Response to "Hollah at Your Hip-Hop Granny!"