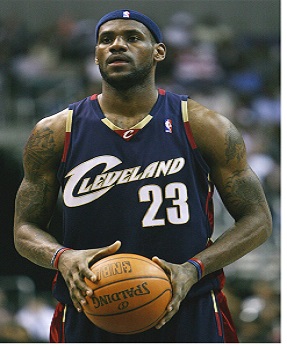 In 2010, LeBron Raymone James made an epic decision to take his talents, family and championship aspirations 1,112 miles south of Cleveland to Miami, Florida. It was a decision that left a ripple effect over the entire National Basketball Association (NBA). Teams were scrambling at the thought of the new “Big Three” and Cleveland fans were just fuming.  Heretofore, Cleveland’s basketball fans had rested on the promise of James being the savior who would redeem them from what appeared to be a curse on the city.

What ensued after his announcement to depart was a storm of insults, threats and even a promise from the Cavs owner Dan Gilbert who penned an open letter to his city and the league at large in which he said:

I personally guarantee that the Cleveland Cavaliers will win an NBA championship before the self-titled former ‘King’ wins one.

That was a bold statement to one of the planet’s best athletes ever.  The proclamation was full of hot air and void of any real promise. Even still, NBA fans remained tuned in to see what would happen next. The reality is, for the next few years it looked like he made the right choice. While Cleveland was busy burning LeBron jerseys in the street, James was racking up two more MVP awards, millions in endorsements, and two championship titles for his new team. All seemed well in the Kingdom of LeBron.

What few, save his close friends and inner circle, knew was that amid all the success, there was a piece of James hurting in the Midwest. Leaving things unfinished in Ohio left the King perplexed and concerned about his brand. Was he really the bad person? Was he the deserter? Would Cleveland ever forgive him? All these questions were left lingering until … once again, James would leaves fans speechless.

Many wondered if James, Gilbert and the city could ever reconcile again. It is one thing to act as if everything is cool, however, to really be on the same page is a different reality. Reconciliation is an interesting concept that has been around since there were men to disagree with one another. In fact, the Latin word “reconcilare” means to bring together again; to smooth rough areas and regain trust. This goes much deeper than the initial act of forgiving someone.

The King’s “Decision 2.0” has proved several things and even revealed some key truths about what reconciliation looks like. Here are some things fans can ponder:

Two years have passed since James returned home. His return and lesson on the power of reconciliation resulted in a win for a franchise that faltered without him. Reminiscent of that night in June 2003 when they drafted the one anointed to be basketball’s next King, Cleveland is cheering once again the praises of their most successful son LeBron James. After more than five decades of defeat, the curse has been broken and Cleveland is riding high on the victory tide.  The return of King James and his passion and potential have proven to be a lesson in the power of reconciliation for all to embrace.